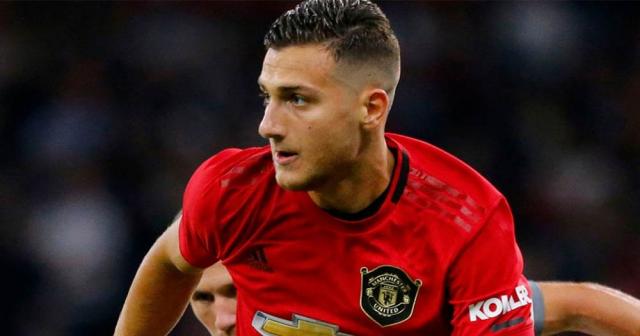 Manchester United defender, Diogo Dalot has come out to admit that he has faced a difficult journey at his new club, even if he hopes for things to start going well after his first goal for the team.

The Portugal player scored for the first time in a mufc jersey vs Tranmere yesterday as Mufc destroyed the League One 6-0 at the fourth-round stage.

Speaking after the game, The RB said scoring felt like a release of something he has been feeling inside of him for so long.

He added that the road has been rough in Manchester but he will not stop fighting.

His words, “Yeah, it was more like a release of something I’ve been feeling inside me after these three months.

“It’s been a tough journey, but like I said, these kind of things, a win and a goal make us feel like I’m doing a good job in fighting, working every day and taking the opportunities.”

“If we didn’t come with the right desire and the right mentality we could make it more difficult.

“Like I said, we did a good job, right mentality, proper fight, respect the opponent and we get the win.”

On the games coming thick and fast, “Yeah, it’s why we’re here,”

“It’s what we work for every day for these kind of games, for this kind of fight and now we’re focused on tomorrow and we go again on Wednesday.”

My Sexual Abuse Experience As A Child Almost Killed Me –...