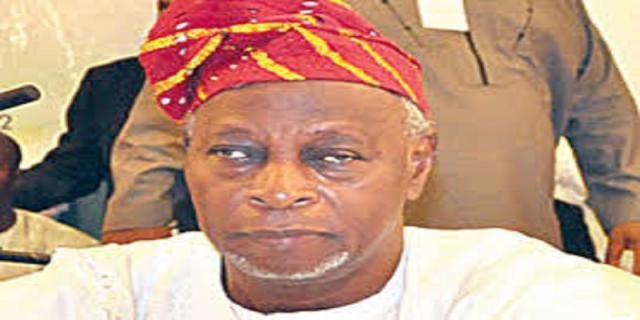 Ex-Finance Minister, Chief Olu Falae has come out to talk about the new minimum wage.

According to him, he believes it would only be effective for some years before we all go back to the way things used to be.

Falae thinks if we can reduce the minimum wage and the prices of goods and services, it would make more sense.

He added that it is not about the size of cash a Nigerian receives, it is the cash in relation to the prices of goods and services.

His words, “It is very sad that we are still talking about the minimum wage issue which would be granted after a lot of debate and disagreement. Workers would enjoy it for six months to one year and after one year, they would still go back to their previous years. What affect your standard of living is the quantum of good and services that you consume, it is not the amount of paper notes. If we can reduce the wage as well as the prices of goods and services, we will be better off. It is not the quantum of money you get but the quantum of money relative to the goods and services. So it is better to work on the stabilisation of goods and services, and also solve the electricity problem, get people trained to start producing things locally and your present salary to buy more foods. So it is not the quantum of the money but since the government appears not to do much on quantum of money and prices of goods workers then demand higher wages. As a Federal Permanent Secretary, my last salary was N15,184 per annum and I was living well. You can be paid N10 million a day and still can’t feed yourself.”

On if Boko Haram has really been defeated, “We still hear of attacks but it is difficult to know who is attacking who. All kinds of people get together and do all sorts of things in an attempt to survive. The military deployment to the North East is still in place but we still hear of attacks from time to time.

I will say that the impact of Boko Haram has been substantially reduced. From what I hear and what I see Boko Haram is still very much alive and we cannot afford to be complacent.

These terrorist organizations have a way of reinventing themselves and becoming more violent. Your advise to government on disobedience of the orders of court The law and the constitution is the only link between us. So, anybody who disobeys that link is threatening the unity of the country.”

D’banj and Obasanjo In Ethiopia For AU Summit 2014

Imo Carnival 2015 Ends In Grand Style As Participants Dressed In...

Photo: South African Rapper, AKA Feeding His Baby Before Hitting The...