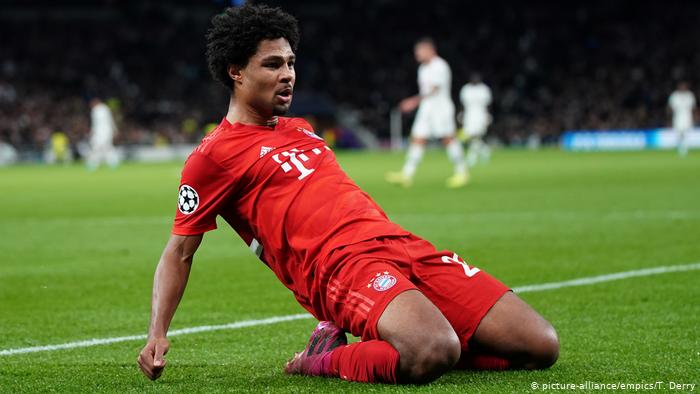 Former Arsenal manager, Arsene Wenger has revealed that Serge Gnabry has no clear weaknesses in his game except his attitude.

Wenger believes Serge has no limitations because he is blessed with pace, power, technical ability and intelligence on the ball.

According to him, Gnabry’s individual and collective ability makes his stand out on the pitch even if he sometimes looked for the easy way early on in his career.

He added he wanted him to stay at Arsenal but they could not stop the inevitable.

His words, “This guy has no real limitations,”

“It’s more about how much does he want to suffer?

“He has pace, power, technical ability, he is very intelligent but sometimes he looks for the easy way. That was his problem.

“I sent him to West Brom and it didn’t work out at all. In fairness, I think we had an agreement with him and Bayern stole him away from Bremen.

“He is a good player. He has individual ability and collective ability.”

On his exit from Arsenal, “We had an agreement with him,”

“Because he didn’t play at West Brom, I let him go with the under-21s in the summer with the German national team.

“He did very well, he was fresh, we had prepared him, fast to sign his new contract.

“It was six months later, less than a year, he went from Bremen to Bayern but it was a done deal before. He was at the end of his contract and we thought he would stay.”

Nzonzi Is A World Champion – Monchi

Game Of Thrones To End In Season 8