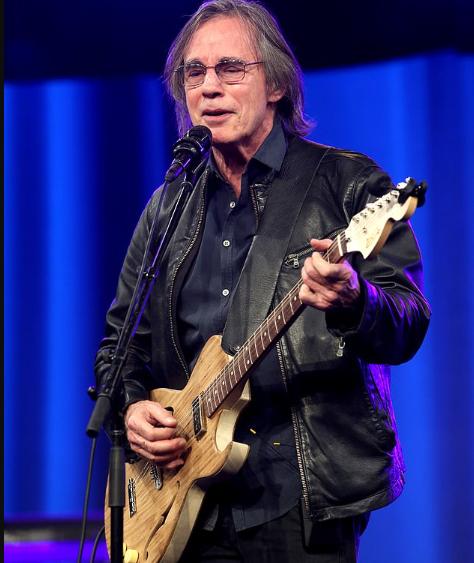 US singer and songwriter, Jackson Browne has tested positive for coronavirus.

The 71-year-old singer shared this news recently but revealed that he has only “pretty mild” symptoms right now.

According to him, he self-quarantined immediately he started noticing small cough here and there and a high temperature but he is currently recovering at his Los Angeles home.

He added that he currently regrets travelling to New York for the Love Rocks show at the Beacon because staying at home would’ve kept him and everyone else around him safe.

His words, “My symptoms are really pretty mild, so I don’t require any kind of medication and certainly not hospitalization or anything like that,

“So many people that have it aren’t going to be tested. They don’t have symptoms, but they might have it and might be able to pass it on.

“That’s what younger readers need to understand: They need to take part in the global response to stop the spread. That means not going anywhere, not getting into contact with anybody, not seeing anybody.”

“I’m presuming I got this flying back and forth to New York to do [the] Love Rocks show at the Beacon. And now it turns out that several people who were at that show have tested positive. I’m going to try and get in touch with everybody and keep talking with them.”

“Now, I wish I hadn’t gone to New York and done this benefit. I think to myself,

“How much simpler would it have been had I just called in and said, “No, I’m not going to travel on a cross-country flight and spend two days in New York with all these people that are singing all over the country.”

“There’s so much we don’t know. The one thing you can do is not go anywhere, not show up anywhere.”

Rihanna, Mother Pose In New Pictures For Her Fashion Line

Demi Rose Is Not My Girlfriend – Tyga

Visiting Seattle Children Is A Family Affair For Me – Ciara