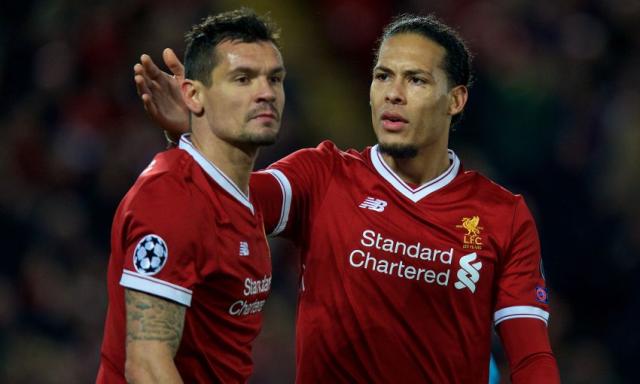 Liverpool manager, Jurgen Klopp has said that Dejan Lovren is a brilliant center-half and all the criticisms he is getting for his performance vs Watford is unfair.

Klopp believes it is unjust to blame just one player for the failure of an entire team because Lovren is actually proven at the very highest level.

According to him, several CBs will struggle against Troy Deeney and the whole team did not just play well to seal the victory.

He added that Liverpool can now focus on their football and winning now that their unbeaten record chase is over.

His words, “It’s not fair but it’s the world.

“If everyone can blame Lovren for the defeat then I can’t help these people. A lot of times in my life I speak to people who know less about football than me which is fine I get paid a lot to be a football manager.

“So many other centre-halves would struggle against Troy Deeney. Joe [Gomez] has had problems like that before that.

“Losing the first ball is never the situation. It’s all about the formation around that picking it up.

“It was the fight for the throw-in but we could have dealt with the situation in other ways.

“Dejan and Joel [Matip] have played sensational games for us. You have to be healthy, fit and rhythm.

“That’s the most difficult thing to get in football. That’s the situation but Lovren is an outstanding centre half.”

“There are so many explanations for the defeat. I have no interesting answers, we didn’t play well,”

“Watford hurt us in situations where we are usually much better. It was not the day where we showed our best attitude-wise. Apart from that, it was a very difficult game because Watford defended in a 6-3-1 formation that is of course allowed but quite a challenge to play against.

“I really thought in the second half we got it, but then we conceded the first goal and then the second goal.

“The situation we are in, you couldn’t read a book about because nobody else was in the situation before us.

“It was 44 games without losing a Premier League game. The Premier League game before Watford we lost was at Man City, [and that] was because of 11 millimetres. Imagine if we didn’t lose that game, it would have been a run of more than 60 games, which is absolutely incredible.

“It’s not about now picking this game out and saying ‘that was the sign that something went wrong’, it’s not like this. We have the chance to react, that’s how it is.

“It’s over now, so we can concentrate completely on football and we will do that. Nobody can tell us how to deal in a best way with runs like this because not a lot of teams had it. I was not happy with the performance but it was always clear there can be a moment where it can happen.”

I Never Imagined That I’d Be Successful At Man City –...