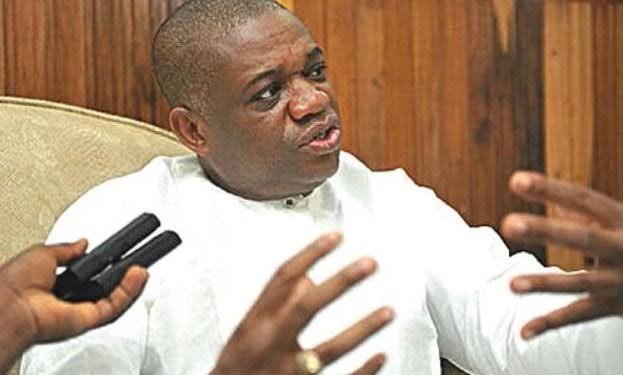 President of the Arewa Youth Consultative Forum, Alhaji Shettima Yerima has come out to say that they will fish out the conspirators who made sure ex-Governor of Abia State, Senator Orji Uzor Kalu was convicted.

Yerima urged the Northern leaders to not abandon the governor to his fate because of Kalu’s long-standing relationship with the North.

According to him, Orji’s ordeal is a political fight, not a fight against corruption and it all has to do with the 2023 elections.

He added that the conspirators see Orji Kalu as a potential threat because of the possibility of the Presidency going to the South East in 2023 so they want to do everything to stop him.

His words, “They see Orji Kalu as a potential threat based on the political permutation of the possibility of the Presidency going to the South East come 2023 and they feel the best is to seize the opportunity to stop him.

“You know we don’t support the presidency leaving the North at this time and we still stand on that ground, but that’s not what I want to address today”

“We are aware that some persons especially those within APC never believed Orji Kalu will succeed in winning the senatorial election. In fact they created so many obstacles to prevent him from getting the Party’s ticket and when he eventually succeeded they conspired and mobilized forces against him winning the election proper but they are not Allah who decides, so he won the election with landslide.

Yet they went after him again through the electoral tribunal but because Allah has destined him to be in the Senate, he triumphed at the Appeal tribunal again. Yet this enemies re-strategised and again came after him through this long standing case and turned the table around. We know all the story”.

“I will always stand and speak the truth at all times no matter what the situation is because it is only the truth that can set us free. We told Kalu when he joined APC that these people will frustrate him. Ask him and he will confirm to you that we warned him. I told him that he will regret joining the Party but he insisted he cannot be in a different Party against the President who has been his long-standing family friend; he insisted that he wanted to work for the re-election of the president. We witnessed his huge contribution towards the reelection of the President even when people from the South East called him names.

”I must tell you that Kalu is one of the few people from the South East that understands this country very well. He knows Nigeria more than many other politicians from Southern Nigeria and he has remained steadfast till today. But how are they paying him back? Conspiring to put him away, to destroy him in the name of politics?

“This is why I said in my last interface with you that we the North must not abandon him (Orji Kalu) at his time of trouble. We all know the truth. Abandoning him at this time will definitely send the wrong signal to the rest of the country about the North. Everybody knows Orji Kalu and his relationship with the North and the Northerners, it’s not hidden and it didn’t start today. He is even more popular in the North than he is in the South and therefore the North cannot afford to keep silence while he suffers for nothing. He is a great partner in the One Nigeria Project; a patriotic citizen of this great country who has created lots of job for Nigerians before venturing into politics and we should not watch and allow him being rubbished by some selfish individuals who think it’s their right to become president. It is even more painful to know that some of those after him are persons he has done big favours sometime in the past because we are aware of his outreach.”

My Feelings For Soma Was My Game Plan – Gifty