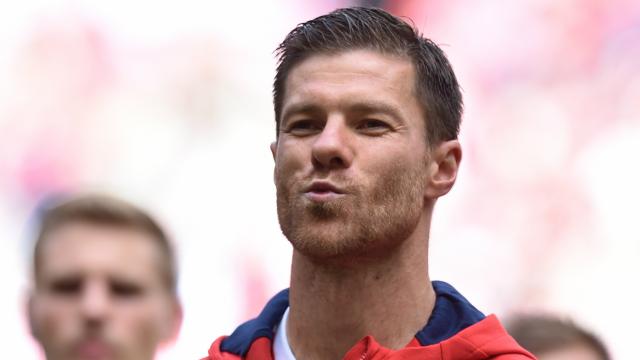 Xabi Alonso begged for a move to Arsenal instead of Real Madrid when he was about to leave Liverpool, ex Chelsea midfielder, Fabregas has said.

Fabregas revealed that he spoke with the Spaniard the entire summer and he was very interested in the move only for him to end up in Real Madrid.

According to him, he saw Xabi as an amazing addition for the Gunners at the time and the deal failing to materialize was very frustrating.

He added that Alonso, at the time, was simply a player made for Arsenal but it was not meant to be.

His words, “I was on the phone with Xabi the whole summer, he was dying to come, he was literally begging everyone to go to Arsenal,”

“He really wanted to come, I did my best – I spoke to who I had to speak, I gave my opinion, I thought that he was a fantastic addition for us at that time.

“A couple of times like that I was frustrated at the lack of push, that it’s so close – the player is dying to come, it’s so easy to make this deal.

“I’m not a director, I see it from a player’s point of view. When I see it as a player wants to go somewhere it’s easy, normally it should happen and Xabi Alonso was one of them.

“I remember I was talking to him the whole holiday, he was texting me saying ‘What’s happening?’, it was a shame because I think he would have been a great addition to that team. He was made for Arsenal I think.”

My Prayers Are With D’banj – Wizkid

Ronaldo Always Wants To Be The Best – Allegri

TC Transcontinental Ranked Again by Corporate Knights as One of the...