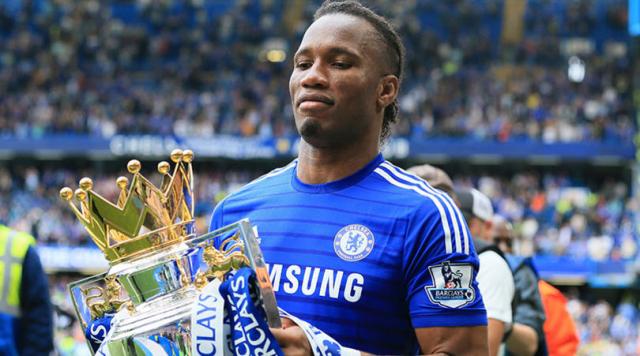 Fiorentina forward, Christian Kouame has come out to say that he could not resist Didier Drogba when he watched football as a youngster.

Kouame recently came out to reveal that he just could not help but love the Ivorian because he was a fantastic footballer.

According to him, Didier gave a lot for Ivory Coast while he played and he started watching the EPL because of the Champions League winner.

He added that even when Bayern Munich was leading in the UCL final in 2012, he always knew the result would change since Drogba was on the pitch.

His words, “I was watching Real Madrid, but then when Drogba started I couldn’t help but love him,”

“He gave a lot in our country [Ivory Coast]. Thanks to him I started watching the Premier League and at Chelsea he did everything he did.

“I still remember the final of 2012 that he was playing, in my neighbourhood, there was a place where we watched the game and we were all there.

“When he scored Bayern, I swear to you on my son, I was calm because it seemed that I knew the game would not to end like this, me I felt it inside. As long as Drogba is there, I always believe it.”

Nigeria Generates N204.77bn From VAT In The First 4 Months

I Will Use Our Youth Players In The Carabao Cup –...

Simi Wins “Songwriter of The Year” At AFRIMA Awards