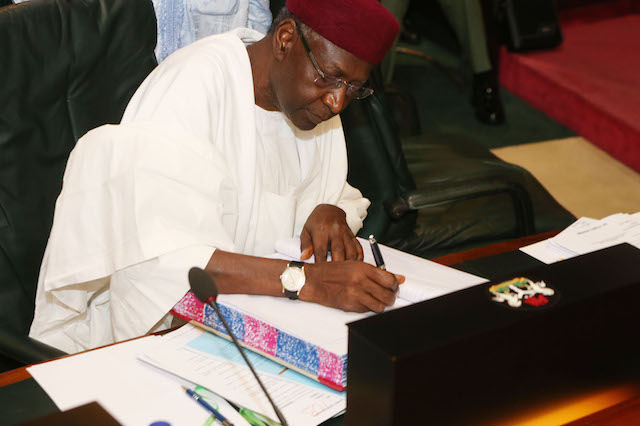 Ex Military President, retired General Ibrahim Badamasi Babangida has come out to say that he prayed for late Abba Kyari to recover from the coronavirus and he never expected him to die.

Babangida revealed that the late chief of Staff of President Buhari was a brilliant student in Ivy League universities and his dedication to office was remarkable.

According to him, Kyari was a stable and reliable man during his time on earth and he had an impressive working career in law, media, and the banking sectors.

He added that the deceased was very loyal to Buhari and his government and he prays God will reward him for his efforts and sacrifices for the country.

His words, ”I woke up this morning to receive the sad news that Mallam Abba Kyari, the Chief of Staff to President Muhammad Buhari is dead due to COVID-19 complications.”

“I knew that from the last statement he made and released to the media that he was attacked by coronavirus and is advised to seek appropriate medical attention. I never imagined or thought it would come to this tragic end. I just kept praying and hoping that he would get well very soon.”

“I have known Abba Kyari as a stable and reliable man for many years. He was an exemplary student at Warwick and Cambridge Universities in the United Kingdom and the Law School in Lagos. Abba Kyari was a highly intelligent, focused and honest student who studied Law and Sociology. I have also followed his impressive working career in law, media and the banking sectors.”

“From the time of his appointment Chief of Staff to President Buhari in 2015, I have watched him and I can say that his loyalty to his Principal and the government was unflinching and commendable without doubt. I pray that God rewards his efforts and the sacrifices he made while serving the President, the government and our country.”

I will make Education Accessible and Affordable – Adebutu