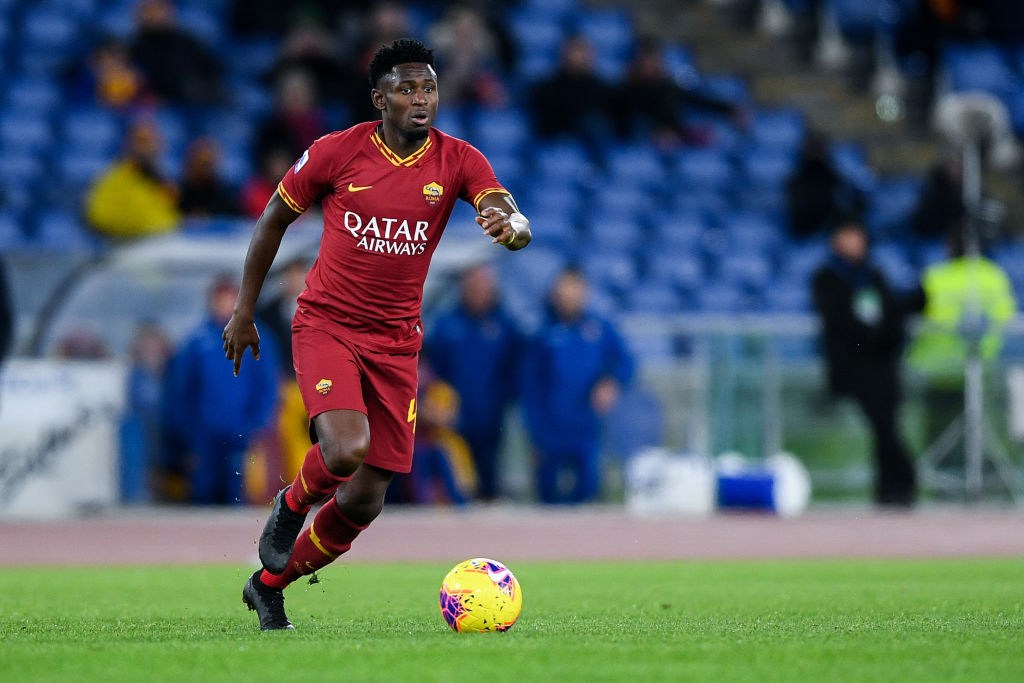 Roma and Guinea midfielder, Amadou Diawara has come out to say that ex-Manchester City player, Yaya Toure is his football role model.

Diawara recently revealed that he watched the Ivorian on television when he played for Barcelona and he also followed his football for the national team.

According to him, Toure definitely stood out on the pitch with his incredible vision and this lead to him dreaming to always play like the EPL winner.

He added that De Rossi also inspired him while he played in midfield because of his vision and first touch.

His words, “Yaya Toure. I’d watch him on TV at home during his Barcelona days and I also followed his journey with the Ivory Coast,”

“The Africa Cup of Nations is very important to us and we all sit in front of the TV to watch it. He was my idol, so while I watched Guinea’s games and got behind my country, I also supported him.

“He had incredible vision and played in the same position as me. I dreamt of becoming a player like him.”

On De Rossi, “As for Italian football, I really liked Daniele De Rossi and would watch plenty of Roma matches in order to see him in action,” he added.

“He would simply bowl me over. I loved the way he covered the pitch, his vision and first touch, what a player!”

On Sarri, “I think that it was Maurizio Sarri who wanted me at Napoli. I’m grateful to him for that because he really made me improve as a footballer,” Diawara continued.

“He taught me how to play the game and selected me in important games straight away, showing how much faith he had in me. We then took different paths, but I’m thankful to him for how much he made me develop as a player and as a man.

“When Carlo Ancelotti took over, I didn’t know if I’d stay at Napoli, but he called me to say that I was in his plans. It didn’t quite pan out that way in the end. He’s a great man, but it didn’t work out that well between us.

“He’s an excellent coach, who’s quite similar to Sarri. He always wants us to bring the ball out at our feet and make good use of our midfielders, which is something I very much like.

“This new adventure is another step forward in my career and I have to make the most of it. After the Africa Cup of Nations last summer, I came back before the holidays to meet the coach and my team-mates. I couldn’t wait for the season to get going.”

Femi Otedola Celebrates His Son On His Birthday

Bally Out Of Big Brother Naija

Is Anthony Martial Playing With His Future?