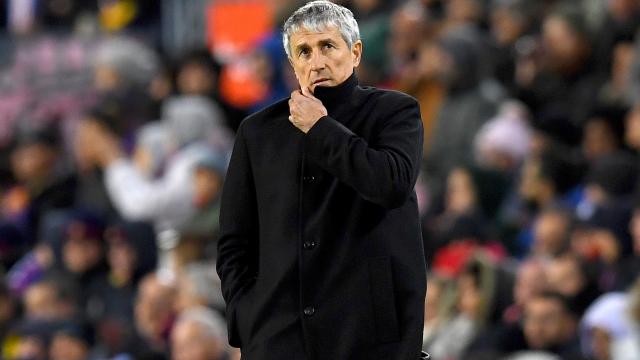 Setien believes the troubles at Barca are very normal with big clubs but the sad thing is that the media milks it all the time.

According to him, he and some other players prefer to work in a quieter environment but this will not make anyone consider an exit anytime soon.

He added that Messi will surely end his career at Camp Nou.

His words, “These are normal things at big clubs,”

“Perhaps the sad thing is that these crises are transmitted to the media.

“It would be better to work in a quieter environment but things are like that.

“I don’t think what happened has made a player like Messi rethink whether or not to [stay with] the club. I am sure he will finish his career at Camp Nou.”

On his job as a coach, “I would like to be the champion by playing La Liga, winning it on the pitch,”

“I don’t know what will happen if we can’t finish it but I would not feel completely champion because of being in front of Real Madrid now. We were already there when I arrived.”