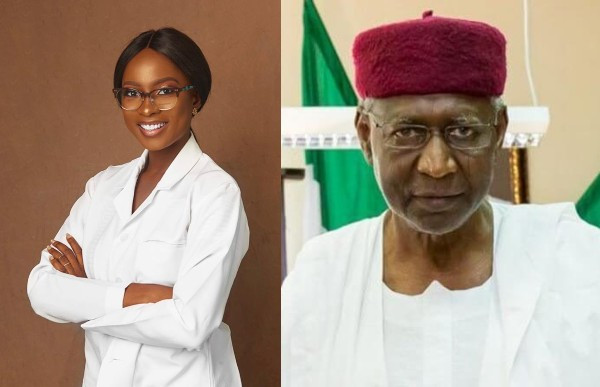 Nollywood actress, Jemima Osunde has blasted the Nigeria Center for Disease Control (NCDC) for releasing the corpse of late Chief of Staff to the President, Abba Kyari, for burial.

The movie star, who is also a physiotherapist at the Lagos University Teaching Hospital (LUTH), revealed that the corpse of the deceased should’ve been cremated immediately after his death if due process was followed amid the outbreak.

According to her, the crowd that showed up at the burial ceremony also took a risk despite several warnings from the government to avoid that.

She added that NCDC should have released the corpse of other coronavirus patients who died from the disease if their decision for Kyari is the normal process.

Her words, “Never seen a bigger bunch of dimwits in my life. First of all, @NCDCgov WHY DID YOU RELEASE HIS BODY???? Did you release the other 16 people that died to their families? Shouldn’t he have been cremated? And then what is this damn crowd ?? What is wrong with you people?!!!”

Our Victory Against Borussia Dortmund Is A Statement – Kane

I Wasted My Time With Mercy Aigbe – Lanre Gentry