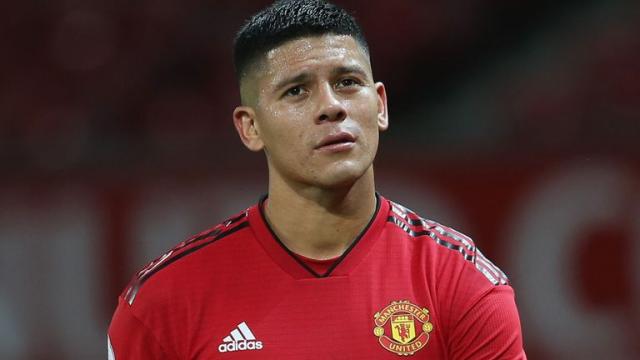 Rojo recently said if it was up to him, he wants to remain where he is to have more playing time on pitch, something that will not be possible in Mufc.

According to him, he is fit again and it will be painful if he had to leave after missing too many games at Estudiantes de la Plata while on loan from the English club.

He added that now that his injury worries are over, he is willing to get some game time and improve his football.

His words, “If it depends on me, I will speak to Manchester United’s management about the possibility of staying here for another six months,”

“I will feel a tremendous sense of pain if I have to leave after playing in so few games. I am completely recovered now, and fit to play once more.”

Recall that Ole had this to say recently, “Marcos is a lovely lad, he’s got the fire in his belly, he’s a winner and he wasn’t getting enough football here,”

“It was important for him to start playing. He wants to come back a fitter and better player, hopefully having played well for Estudiantes and helped [Estudiantes chairman] Seba [Veron] and his club, and gone to the Copa America. So that was something we just had to do.”

Special ED Shows Big Stacks Of Cash, Condom And How He...