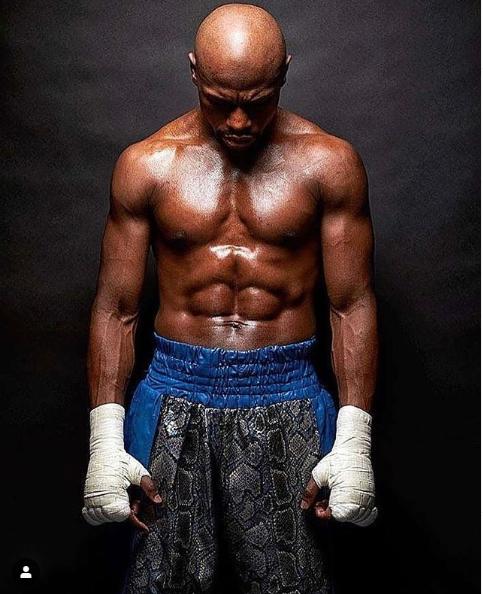 Popular US boxer, Floyd Mayweather has come out to announce his decision to become a boxing trainer.

Floyd has made up his mind to follow in the footsteps of his father, Floyd Mayweather Sr, and his late uncle, Roger Mayweather, who died in March.

According to him, the death of Roger inspired his decision and he is now ready to help those around him the same way he was helped throughout his boxing career.

He added that during this coronavirus outbreak, he has sat down to reflect on how he wants to make a difference in people lives and help them achieve their goals.

His words, “As many of you know, I’ve had incredible trainers which included my dad and uncle, Due to the recent passing of my Uncle Roger, I’ve felt inspired to help those around me the same way they have been there for me throughout my boxing career.

‘In a time where we must distance ourselves from others, it has allowed me to reflect on how I want to make a difference in people lives and help them achieve their goals.

‘A true trainer wants the best out of their fighter and pushes them to the best of their abilities.

‘It has become a goal of mine to help others reach the best versions of themselves and walk with it in confidence.

‘I want to leave an impression on those around me and allow them to see their potential.’

‘This quarantine period has allowed me to see the importance of unity and helping others grow. ‘I want to do my part on this Earth and allow people to see the potential in themselves so that they can share it with the world.

‘I am new at training and so far I’ve been working with people with no boxing experience, therefore we are growing together. ‘But I promise you, I will be one of the best trainers in the world. Inspire and be inspired.”

Police Corporal Killed In Okrika Died In Defense Of Democracy –...