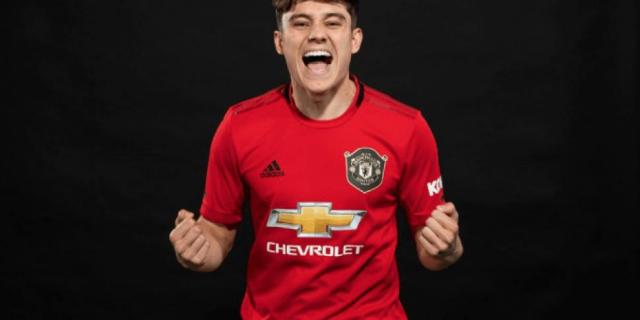 Manchester United forward, Daniel James has come out to reveal his anger when his move from Swansea City to Leeds United collapsed last year.

Daniel James recently came out to say that he threw his smartphone on the floor when he found out that he would not be getting his move that season because it was unexpected.

According to him, he felt it was a lie and the chief exec of Leeds was also sad at the time, but that was a reality he had to deal with.

He added that he did not believe Mufc were interested when the news broke since it was his first year in senior football.

His words, “I got to Elland Road about 6pm, did all the pictures with my shirt, all the interviews, because they wanted it to go out in the morning, and then it was strange,”

“It got to about 9pm and I’d signed all the papers and then it was from club-to-club. I had people texting me saying, ‘What’s happening?’ and I literally didn’t know. It wasn’t until 15 minutes to go until I thought, ‘This might not happen now.’

“I ended up ringing the chairman [of Swansea] to ask him what’s happening. It was all a bit crazy and then it wasn’t done. I threw my phone.

“I thought it’s not real. The chief exec of Leeds wasn’t happy at the time, but then it was just a case of driving home. It was a very weird situation and I think it helped me in some ways.”

On Mufc showing interest, “I can’t remember the exact place I was but I know it was a time near the end of the season.

“It was only talk at the start so I didn’t really believe it to be honest. I still don’t believe it now!

“It was a mad time – I was enjoying my time at Swansea, we had a good end to the season and tried to push for the play-off spots but we didn’t end up getting them.

“To hear that Manchester United were interested was surreal for me because it was my first year in senior football.

“The year before I’d went out on loan and not played so it was just surreal and at the first moment I didn’t believe it.”

I Will Partner With Egypt’s President To Eradicate Terrorism In Africa...