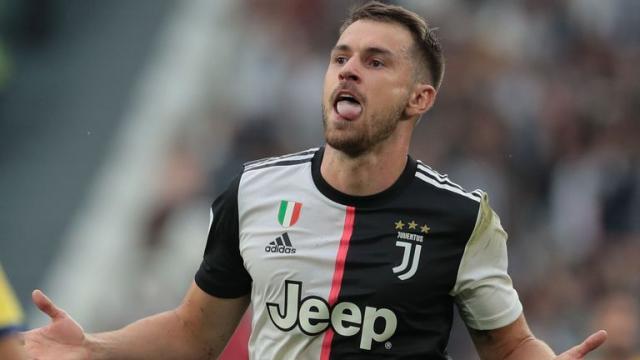 Juventus midfielder, Aaron Ramsey has come out to back Serie A and the Premier League to resume.

The former Arsenal player recently revealed that it is only right for sport to try to restart during the coronavirus pandemic because it has a way of uniting the world.

According to him, even if players know things would feel different during games, footballers are looking forward to playing football again since they all miss the game.

He added that he hopes everybody can stay healthy to make the restart a success for the different leagues.

His words, “Across Europe now, I think it’s only right that football tries to restart,”

“For us and the Premier League to restart is only normal, and as footballers we want to go out there and play.

“We miss going out there and playing, and even though it’s going to be a different situation this time, we still love the game and we’ve missed this, so we’re very excited to have it back.”

“It’s important now for us to try and complete the league,”

“Hopefully everybody can stay healthy and that gets achieved, and then go into the Champions League after that maybe.

“Who knows? There’s so many possibilities and things that can happen from now until then, but we’ll take each week as it comes, and we’ll just be grateful to have the chance to go back out there again.”