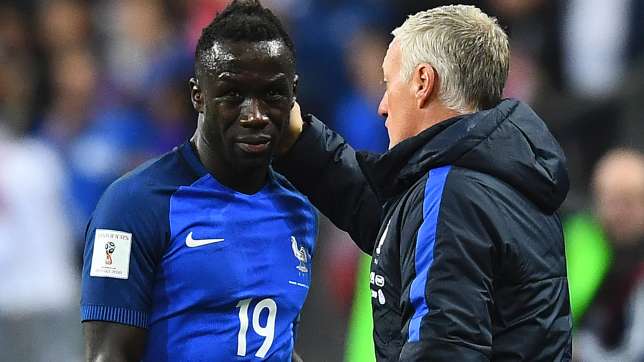 Ex-Arsenal right-back, Bacary Sagna has come out to speak about his battles with mental health after suffering a serious injury just weeks after the death of his brother.

Sagna recently came out to say that even if his team-mates helped him cope during that period, he didn’t truly open up about his pain.

According to him, nothing felt right at the time because, even if he knew exactly what he could bring to the team, his body could not take it anymore.

He added that Clichy and some other teammates really help him get himself back by being there for him when he needed them the most.

His words, “It’s hard to describe but nothing felt right,”

“In my head I knew exactly what I could bring to the team but my body couldn’t do it. Some days I would feel like a robot. I used to drive there and not even remember the way I went.

“I never spoke to anyone about it. People who know me know that I’m naturally quiet. It’s not in my nature to show off. I would turn up, train, give me best and then if I have to step forward, I will, but I’m naturally quiet and I would never ask for help.

“My team-mates obviously knew something was wrong because they were living with me. They were so good with me, they made me laugh so much and they were good.

“I actually remember Gael Clichy taking me to a show called Africa Africa in London, at the O2. I knew Gael from the national team and he was really close to me. He really helped me. All the guys, they made me laugh and made me realise that I’m still blessed, no matter what happened.

READ  I Want To Make Spurs A Mourinho Team - Jose

“It’s a blessing and I had to go forward. Everyone was good at the club, even the coach, everyone talked to me in a way to help me.”

“Like I said, I never asked anyone for help,”

“That’s why I have Neil, one of the psychologists, to thank.

“It was a night before a game, I remember it so well. ‘Bac, can I talk to you?’ he said.‘Yes, of course.’ ‘Well, I’ve noticed that you’re here but you’re not here.’ ‘What do you mean?’ ‘I’ve been watching you for a while and you’re here but your mind is somewhere else. What’s on your mind?’

“So we talked. I opened up to him, and it helped.

“I felt like I’d let go and that it was time for me to step up. It was time for me to just enjoy the fact I was wearing the shirt. It wasn’t down to anyone else, it was up to me to put my head down and work hard. Little by little, I came back to my best.

“I got my confidence back, I was more decisive and I was playing better football. I thought differently.

“Football used to be everything but then once the 90 minutes are over, there are other things. Those other things are important to talk about, too.”

God Is Punishing Fiberesima For My Ban – Christabel Goddy

Halima Abubakar: “I’m Not A Runs Girl, Neither Am I Controversial”