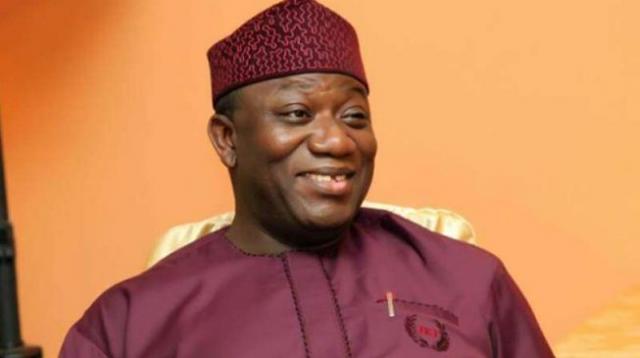 Ekiti State governor, Kayode Fayemi has come out to say that he learned a lot of things as a student under Afenifere leader, Pa Reuben Fasoranti.

The governor revealed this in a congratulatory letter to Fasoranti on his 94th birthday, a copy of which was made available to the News Agency of Nigeria (NAN) in Ado Ekiti by his Chief Press Secretary, Olayinka Oyebode.

According to him, Reuben Fasoranti is not just a dedicated teacher, he is also a seasoned school administrator and a moral compass to the younger generation.

He added that his life has been an inspiration to many who had the rare privilege of growing under his guidance, including him.

His words, “Baba, your life has been an inspiration to many of us who had the rare privilege of passing through your pupillage under your guidance.

”Yours is an epitome of hard work, simplicity, contentment, honesty and strong character.

“I recall with fond memory your lasting impressions on me as our school principal at Christ School, Ado-Ekiti.

” You were not just a dedicated teacher, a seasoned school administrator but a moral compass to all of us.

”One cannot but be proud of your record of impeccable service to the Old Ondo State as the Commissioner of Finance to the administration of Chief Adekunle Ajasin during which you were reputed for your probity, frugality and judicious use of public fund, which partly accounted for the historic successes of the administration.

”It is to be noted that, in and out of government and politics, one thing has continued to define your character; and that is, unimpeachable moral conviction.

READ  Coronavirus Has Increased The Faith Of Nigerians In God – Rev. Manasses Okere

”As Afenifere Leader, you have remained a respected voice, an ideological sage and an elder statesman.

”It is therefore my prayer that the good Lord continue to grant you good health and long life. I say again, happy birthday to my teacher!

”On behalf of my wife, government and the good people of Ekiti State, kindly accept my warm felicitations, sir.”

Glorify Whatever You Do In Life – Naira Marley