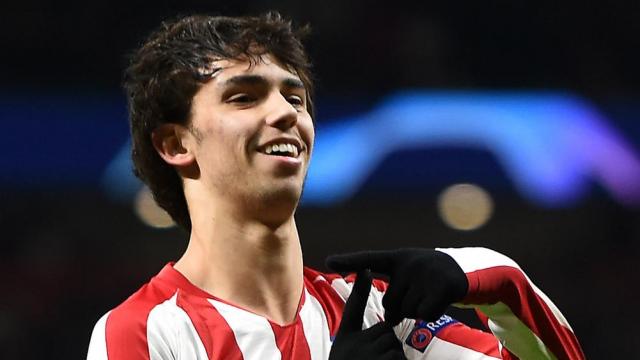 Joao Felix is battling the economic pressure of his move to Atletico Madrid, Abel Xavier has said.

He, however, revealed that he still sees him emulating Antoine Griezmann to become a star in Diego Simeone’s team.

According to him, Felix will end up adapting to life at the Wanda Metropolitano because it is the right environment for the youngster to flourish.

He added that he admires Simeone a lot and he is a coach that can bring out the best in the young Portuguese forward.

His words, “There is a great hope on Felix because of his move to Atletico [but] the economic impact of his value is giving him too much pressure,”

“He needs to find the correct surrounding to be able to realise the potential of his own game.

“That is going to be the next step with him, especially at Atletico Madrid with their philosophy and style of play.

“I admire Simeone a lot. There are a lot of people who do not like the identity of his game because he’s very effective. At the end of the day he’s fighting for the big trophies.

“But when you are integrating a big player, a fantasy player, a player who likes to have the ball… it’s a process also for Felix to work on different aspects of the game.

“Maybe he was not used to defending so much without the ball. He needs to have the ball.

“For that reason I think it’s a good process that will build him in different aspects to become stronger.

“He’s going to be one of the greatest in the future, for sure, with the correct set-up and style of play collectively.”

“It’s very difficult at this present moment that someone can come and pay more than what Atletico paid for him,”

“He needs right now to be focused on his game. He’s had a few injuries also, which is not a good sign. He needs to find stability and consistency.

“Atletico right now is the best place for him. Stay two or three years and be the main figure in the same way that Antoine Griezmann was.”

UNAMID calls for restraint over rising tensions between the Rezeigat and...

We Tried To Win The Watford Game – Arsene Wenger