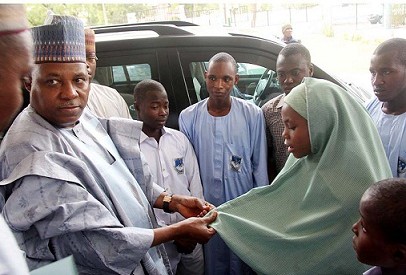 The Borno State Government, Sunday, in Maiduguri said that public schools in the state will reopen in November.

The Chairman, Committee on the Resuscitation of Primary School Education, Mohammed Dongel, stated this at a meeting and said that the schools would reopen in the first or the second week of the month.

Public schools were closed down on March 14 after deadly attacks by Boko Haram insurgents on schools in neighbouring Yobe.

“We hope to reopen all public schools by the first or second week of November God willing.

“By then we hope to have put in place all necessary infrastructure and instruction materials for conducive teaching and learning”, he said.

Mr. Dongel said that the committee would also introduce measures to enhance school enrolment in the state.

“We plan to introduce various measures to encourage parents to send their children and wards to school.

“The measures will also help entice pupils who are enrolled in school to remain”, he said.

Mr. Dongel said that the committee would pay periodic visits to schools to ensure implementation of government plans on increased school enrolment.

Governor Kashim Shettima had last week inaugurated a 19-Man Committee on the Resuscitation of Primary School Education in the state.

Women Are Flowers, Treat Them With Respect – BBNaija’s Ike

Buhari Was Once Attacked By Bokoharam – CWN

Anti-Open Grazing Law Is The Best Way To Go In Benue...