Juliet Ibrahim, who is recognised as one of the sexiest and prettiest actresses in Nollywood and Ghollywood, recently divorced her husband, Kwadwo Safo Jnr., however, she is ready to tie the knot again sometime in the future. 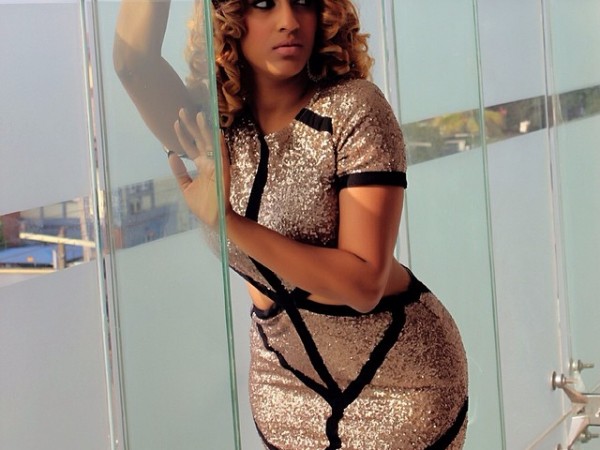 The actress, who was recently seen on location of a movie produced by Chioma Okoye starring Harry B, Ebele Okaro, Frederick Leonard, Daniel Lloyd, Nkiru Umeh and some other people, in an interview with Potpourri the Ghanaian beauty said some interesting things about herself and her future.

The actress said that she is attracted man’s personality. “How he treats me, how he talks to me, and how he behaves around people. You can always tell how a man is going to treat you by how he behaves towards other people.”

Speaking about marriage, Ibrahim said that she is definitely, going to marry someday. But right now she is just focusing on my work and upbringing of my son.

The actress also revealed that she still doesn’t have had any crush on any she’s worked with. But she wouldn’t mind working with Chris Brown. “That’s the only one I know I have a crush on,” she said.

Excerpts from an interview:

How often do you come to Nigeria?

Very often, Ghana is 45 minutes away from Nigeria so I’m just like a phone call away. If any producer wants to use me, all they have to do is just call me and I fly in; so I’m always here.

What’s the difference between working on a Ghanaian set and a Nigerian set?

I don’t think there’s a difference but if I’m back home for my movies, I can get a lot of favours because I know a lot of people back home in Ghana. But here, I’ve not really shot a movie personally, so I can’t really say what is working for other people. Out here, it’s the same thing for me when I’m working in Ghana.

How do you feel being one of the prettiest actresses is Africa?

Who said so? I’m not the prettiest; there was some kind of nomination like that ‘Most Beautiful Woman in West Africa’. I woke up one morning and I saw that thing and I was happy about it, I was like “ah, so I’m the hottest and prettiest West African woman” It felt great that somebody could actually just sit down and among so many other women in Nollywood and Ghana movie industry, chose me as the prettiest.

It’s not easy because I’m a mom as well. Keeping in shape has been hard. It must go beyond the looks and my figure, I guess my soul, my humanitarian works and things I do made me beautiful in their eyes.

How would you describe yourself off camera?

I am just a down-to-earth girl, the simplest person you could ever meet. I’m like the clown on this set, when they’re frowning I go there to make them laugh.

#Entertainment: Nigerian Celebs Give Back, P-Square In Cameroon, Davido In Ivory...

E-cigarette use not linked to quitting smoking