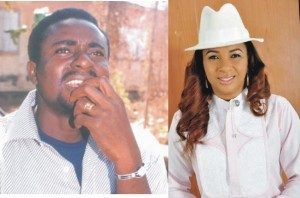 Actress and former President of the Actors Guild of Nigeria (AGN) Ibinabo Fiberesima has complained about how her ‘friends’ during her trying times.

Today, Wednesday August 10, 2016, Ibinabo Fiberesima shared a photo of herself which had a quite revealing caption written on it.

“I’m that woman who is always there for people when they need a friend. I’m also that woman who faces many issues alone, but will still do anything to see someone else smile” read the caption.

This year has been trying for the ex-president of the AGN. In March 2015, a Lagos High Court dismissed the actress’ appeal of her 5 year jail term.

Fiberesima had been sentenced to five years imprisonment by Justice Deborah Oluwayemi presiding over a Lagos High Court for reckless driving, resulting in the death of a hospital staff of a Lagos State hospital Giwa Suraj in 2006.

After a few weeks at Kirikiri prison, the Appeal court in said it was granting the actress N2million bail pending the determination of a suit filed by her at the Supreme court.

Philippe Coutinho Is On Fire Again

Buhari Was Surprised That The Super Eagles Were Owed Allowances –...

Nigeria’s Challenges Giving Me Cause For Concern, Says Abdulsalami