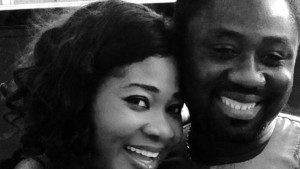 The closest fans of Mercy Johnson have seen her cook was in a movie, but that is set to change, as the Nollywood star actress is set to show off her real cooking skills by dishing various mouthwatering delicacies that’ll give an insight to what goes on in her kitchen.

The mother of three has announced her upcoming talk show, Mercy!!! Marriage, Cooking and Kids that will depict how she combines being an actress with her role as a wife and mother.

With the show that’ll kick off in December 2016, Mercy aims to inspire ‘young marriages like mine, singles and teenagers. Let’s all grow together as better human beings.’cooking skills

I Did Not Join Manchester United For Instant Success – Mourinho

We Must Appreciate Our Body More – Yemi Alade

’I Love You To Death’ – Kaffy’s Husband Gushes Over Wife