Nigerian pop star Davido held a baby shower for his second daughter in Atlanta on Sunday, May 7, 2017.

The HKN singer went all out for his baby mama Amanda who is pregnant with his child Hailey Adeleke. On April 26, 2017 Davido revealed the gender of his baby.

“Just wanna feed my fans with great music and take care of Imade and her little sister that would be coming in two weeks,” said the ‘IF’ singer. Adding, “That’s all man care about right now!”

Davido made this statement after the death of his uncle Isiaka Adeleke.

Recall that on March 3, 2017, Davido confirmed he was expecting his second child with Amanda. He revealed the happy news during a live interview on BEAT FM.

Last month, Davido and Ice Prince were reportedly involved in a brawl in Warri, while in town for a show, Delta Alive.

The show organized by CEO Quilox club, Shina Peller, saw Davido, Lil Kesh, Ice Prince, CDQ and others as headliners. The drama began when a G-Wagon was sent to pick Davido up from the airport, while a saloon car was used in picking Ice Prince. 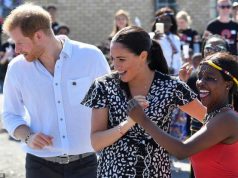 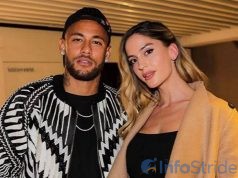 Van Dijk Is A Necessity For Liverpool – Gerrard