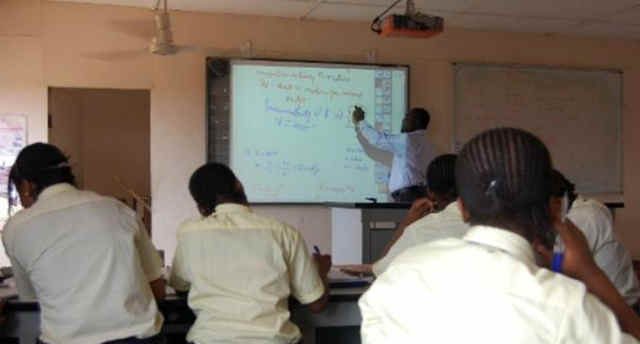 A statement issued by the Special Adviser to the Governor on Education, Mr. Obafela Bank-Olemoh said the closure is necessitated by the refusal of some operators of Tutorial and Continuing Education Centres to comply with the State’s directive to register their Centres and pay up their annual dues after several notices from the State.

Bank-Olemoh said the government suspended an earlier clampdown on such Tutorial and Continuing Education Centres after a closed door meeting with critical stakeholders in the sector on Monday, September 26, 2016.

According to him, the stakeholders agreed to cooperate with the State in its pursuit of standardizing the educational sector in line with international best practices, while pledging their commitment to improving the quality of Education in the State by maintaining high-level standards and professionalism.

He revealed that failure of the tutorial and continuing education centres to comply with government’s directive after several follow up engagements has led to the resolve to commence the clamp down exercise, through the Agency for Mass Education, in line with Edict No 2, Section 4.3 of 1991 that mandates the Agency to control the activities of all Tutorial and Continuing Education Centres in the State.

Bank-Olemoh stated that “Lagos residents enrol in these tutorial centres and as government; we must ensure that quality service is delivered to our people. We must set standards and enforce it.”

The statement, however, urged operators of Tutorial and Continuing Education Centres across the State to get registered with the Agency for Mass Education and comply with all laid down regulations, including payment of stipulated fees, to avoid being shut down. (LASG)

Zlatan Is Confident But Lukaku Is Number One – Gary Neville