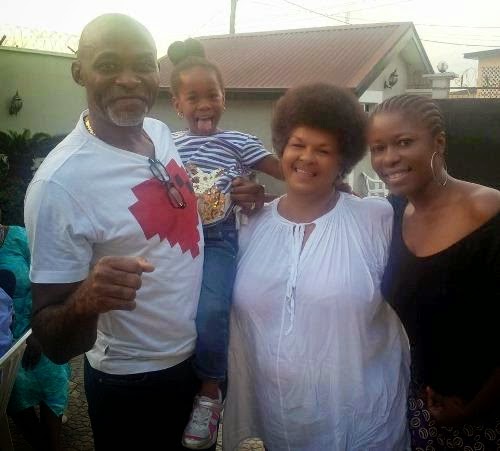 Richard Mofe Damijo has chosen to remain true to himself on social media.

He recently revealed that he was initially told to buy followers after joining Instagram but he refused.

Now, one million followers later, RMD is proving to us that indeed things can still prosper when they are done the right way.

He went on to recount the countless offers and advice he received on how he would benefit from falsely growing his account.

“When I was told to open an Instagram account and reactivate my other social media accounts, I didn’t want to but because I also wanted a place where I could engage my fans I decided to. In no time I started getting offers from social media “gurus” who offered to grow my “follower-ship” with a snap of their fingers and boost my online ratings, so “brands and products would kill themselves over me”. Offers that were hard to resist, but when I sat with my team and reviewed, we found out these “gurus” often purchased faceless followers, likes and even comments, so I asked myself if I wanted to be a sensation borne out of falsified popularity. I weighed the options between quick internet fame, the money that came with it and being sincere by letting my true personality grow my accounts. I settled for the later. “Ah, Bros e go hard for you to get endorsements o if you no get reach 1 million followers”… “Just buy, everybody dey do am” were some of the arguments I heard but in my heart I knew it couldn’t be everyone and even if it were I wouldn’t, I thought to myself, after all, I didn’t get my Glo deal by how much internet fame I had. At way less than 200k plus followers, I got a call from Heineken and went to Vegas for the 007 Spyfie Experience.

At way less than 1 million followers, Johnnie Walker snatched me up and with my less than 1 million followers, I turned down countless endorsement, influencer and ambassadorial offers. Slowly but surely, my followers grew. I didn’t have to create a scandal, deny my faith or be politically correct. I did not have to pay for one follower, like or comment. I did not even know I had a million followers till yesterday at the office when my Creative Team Lead pointed it out. Today, I humbly but proudly thank my 1million real followers for being the best anyone could ever ask for. I am indeed reminded that you don’t have to do it because everyone is doing it and that “doing it” doesn’t guarantee that you will make it because the race is indeed not to the swift but it is The Lord that shows mercy. Be Still and #LetGodElevateYou #ElevateWithRMD #DoNotConform #KeepWalking #Rmdsaysso