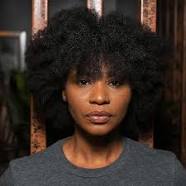 Nse Ikpe Etim will be hosting the Africa Movie Academy Awards, AMAA, for the second time in a row.

After hosting the 2017 edition in Lagos, Nigeria, the talented actress and two-time nominee of the awards ceremony will be hosting 2018 AMAA in Kigali, Rwanda.

Nse will be joined by Arthur Nkusi as the co-host for the movie awards ceremony scheduled to hold at the Intare Conference Arena in Kigali on Saturday, October 20, 2018.

Nse, a celebrated movie star from Nigeria is popular for her roles in “Guilty Pleasures,” “Reloaded,” “Journey to Self,” “A Trip to Jamaica” among others.

Organizers of African Movie Academy Awards announced Nse Ikpe-Etim as the host of the 2017 edition of the awards ceremony.

The 13th edition of the awards ceremony which was scheduled to hold on June 3, 2017, as part of the Lagos at 50 celebrations, will now hold on July 15, 2017, at the Eko Hotels, Victoria Island, Lagos.

The nominations announcement held on May 13, 2017, at the Kigali Convention Centre, Rwanda, with Sambasa Nzeribe, Majid Michel, Richard Mofe-Damijo, “76” and “A Trip to Jamaica” emerging nominees.

Tricentis and Applause Partner to Deliver Comprehensive App Testing Under Both...