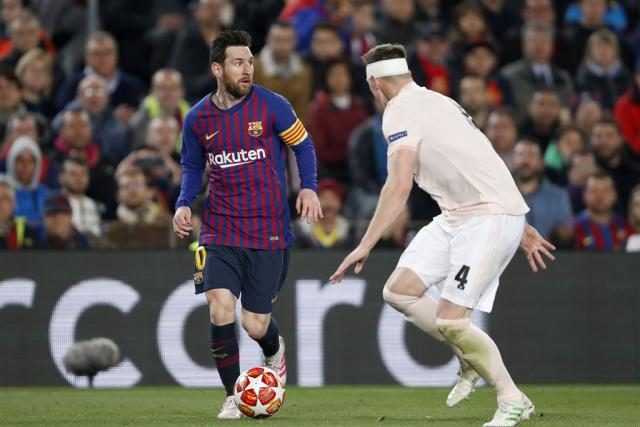 Gary Lineker has praised Lionel Messi for his dazzling display against Manchester United by saying he “turned Phil Jones inside out so many times here that his bandage loosened.”

The English defender got nutmegged with ease against Messi during an intense first-half.

Lineker said: “He turned Phil Jones inside out so many times here that his bandage loosened.”

The 27-year-old began the game wearing an headgear which was needed after a clash of heads with Declan Rice during the Red Devils 2-1 win over the Hammers.

Phil Jones was cleared to start for Ole Gunnar Solskjaer’s side but the headgear proved he was not fully recovered from the injury.

The Old Trafford club were trailing by one goal from the first leg but a quick-fire double from Lionel Messi has seemingly spelt the end of their European campaign.

Buhari Does Not Get Every Information Under The Sun – Femi...

Concerned Mothers Of Yahoo Boys Have Formed An Association – EFCC