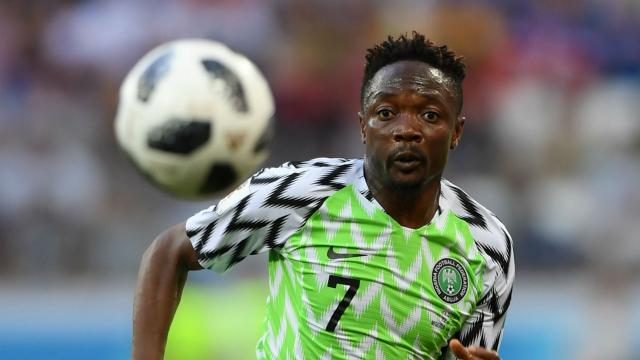 Musa has featured in all of Nigeria’s games in the continental showpiece with just one assist in the tournament so far.

He played as a sub in the opening match against Burundi and then played from the start in the next four games but the main issue is that he is yet to score.

Speaking to Goal recently, Yobo said he remains the guy to make things happen for the Super Eagles.

His words, “Nigeria is always blessed with talent. When we talk about going forward, I see that as our strength because we always have players that can take on opponents one-on-one with individual brilliance and getting a goal out of nothing,”

“That has always been our strength. Musa is the most experienced player in the team now because he’s the captain when Mikel is not playing. He’s got everything, his speed is terrifying as a defender if you ask who I don’t like playing against, I will tell you Musa all day.

“I don’t want it because I tried it a few times in training and I know he’s got it. He is a match-winner, we saw that at the World Cup when he scored a brace and it is not the first time it’s happening.

“Musa has been our biggest threat, every time Musa had the ball, the defenders were on their back foot, they were under a lot of pressure. Sometimes decision making and understanding didn’t really click [against South Africa], Musa was outstanding because you always need someone that will take the ball to the opponent, somebody that will make opponents defend close to their post and that’s what he’s got.

“If you defend high against Musa, he will beat you with his speed all day. He is an intelligent player, he has improved very well. He’s our biggest threat because I know as a defender.”

He praised the other players, “Chukwueze did well, got his goal which is refreshing for a young player but it takes time for players to adapt to the national team,” he continued.

“He is one for the future, he scored his first goal for Nigeria at Afcon that will give him confidence. He’s very talented. Potentially, his future is very bright. He did very well against South Africa and the goal will take him a long way.

On Iwobi, he said, “We have a lot going forward, Alex Iwobi is adapting to the no. 10 position. We saw the goal he scored against Cameroon, in that position, you need someone that has legs,” he added.

“Sometimes, you needed to defend against the no. 6, so he’s doing a lot of dirty jobs as much as going forward which is good to see.

“This team has quality and you can’t really pick out one player. Ighalo has scored three goals, in the last game he didn’t score but we saw Chukwueze and Ekong scoring. It is good to have a couple of players that score goals in a team, sometimes if you rely on one person, you can get done.”

People Who Protested Are Not Pensioners – Rochas Okorocha

Mane To Real Madrid, Barcelona Would Be A Downgrade – John...

Okorocha Advices Igbos Residing In The North To ‘Stay There’, Dismisses...