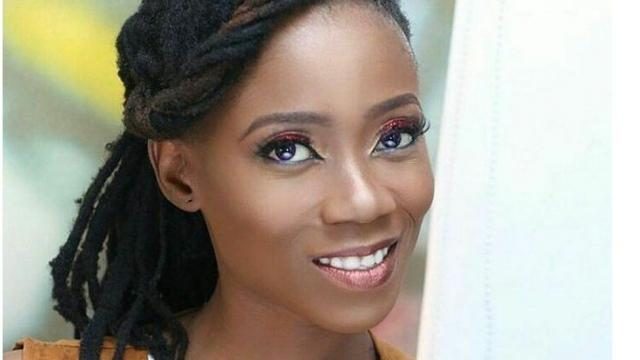 9 months after the death of Tosyn Bucknor, her husband, Aurelien Boyer has remembered as she turned 38th posthumously.

He recently jumped on his Instagram page to mark her 38th posthumous birthday.

His words, “Yesterday in my arms, forever in His. You would be 38 today. But more importantly, God blessed us with 37 years by your side. Happy posthumous birthday, Wyfo. Rest on well.”

Bucknor was born to Mrs. Sola Bucknor and Mr. Segun Bucknor, a musician, in a cab on August 15. She was sister to Funke Bucknor, CEO of Zapphaire Events. Tosyn attended Fountain Nursery and Primary School, Queens’ College, Yaba, University of Lagos (LAW) and the Nigerian Law School, Lagos (LLB). She did her National Youth Service Corps at Port Harcourt, opting to teach Literature-In-English and English at Archdeacon Crowther Memorial Girls’ School, Elelenwo.

Radio for Bucknor started with Tee-A on Eko89.7fm after which she interned at Cool 96.9fm where she hosted the Fun Hour Show on Saturdays. Beginning with her youth service in 2009, Bucknor was a morning show radio host at Top Radio90.9fm. She was the only female radio host handling the morning belt by herself.

She won and was nominated for several awards including Future Awards, ELOY Awards, Best of Nollywood awards and more.

Bucknor was a singer-songwriter with one album (‘Pop Rock Soul and Jara’) out.

Two of her songs have been used as soundtracks for the short film. “Ireti” and she hoped more will be used for television and movies, and also used by other artists.

As a recording artist and singer-songwriter, she worked with artists like Skales, Rooftop MCs and Eva, as well as producers like Sess, Tintin, Coldflames, Dj Klem, Knighthouse, Micworx and Cobhams.

Tosyn also ran ONE MIC NAIJA with two partners. One Mic Naija is a concert dedicated to getting new and established acts on the same stage.

Most Of My Colleagues Competing With Me Were Appointed Officers –...

I Contacted 14-yr-old For My Record Label – Tyga