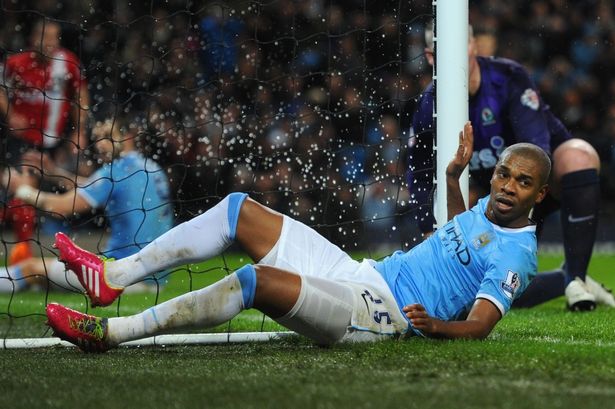 Manchester City manager, Pep Guardiola has said he hopes midfielder Fernandinho will remain at he club till when his contract expires.

The Brazil star joined City in 2013 from Shakhtar Donetsk and is currently one of the best players to ever play for the club.

He played 29 times last season as Man City won the league, but this season he has been featuring as a CB due to the club’s defensive crisis.

However, despite the fact that Rodri was brought in to replace Fernandinho, Pep still says he still wants him at the club.

“Do you have Txiki’s phone number?

“Of course, he is a joyful player,”

“What he has done for all of us, especially me as a manager, our time together has paid off, it’s incredible. He’s incredible, so no doubts.”

On Mendy, “In the future he is going to play a little bit more regularly and try to understand what we want to do, because he has missed two seasons without training and the guy, to understand things, he has to practice,”

“With him we can attack more constantly, he brings a special quality that only he has in our team, so with [Oleksandr] Zinchenko we cannot attack the wides and deep, but his qualities are completely different.

“With Mendy we can do that. Hopefully he can be fit, healthy and play.”

I Hope Gerard Pique Will Be Fit To Face Chelsea –...

What Is Success For Jurgen Klopp’s Liverpool?