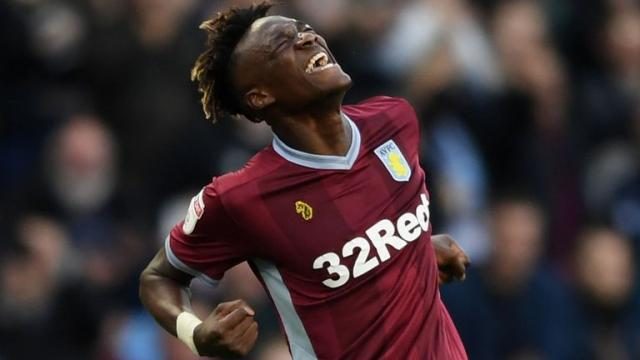 Chelsea striker, Tammy Abraham has said his mum was reduced to tears after the latest racial abuse that was directed at him on social media.

After his PK was saved in the Super Cup last month against Liverpool, Tammy was quickly subjected to racially-fueled attacks online.

Even if the youngster did all he could to ignore the abuse, he has revealed that his mum struggled to see her son cope with such treatment.

His words, “I remember speaking to my mum, she was emotional, she was in tears,”

“You know, she’s just thinking: ‘Why him? Why him?’ It’s obviously not nice to hear, especially seeing your son getting abused.

“For me, I’m always a strong character, it doesn’t affect me as much. But saying that, it could affect people who don’t have my personality. It was a challenging moment for me, I went through a lot of emotions.”

“I thought it was long gone,”

“Of course you’re always going to get it now and then in certain countries but no, I didn’t think it would be an issue in our day and age.”

“I had a lot of abuse but Frank Lampard always had his arm around my shoulder, lifted me up,”

“Straight after, the boys, manager and everyone at Chelsea had my back. The next day, [Lampard] called me to find out how I was.

“He didn’t want to go over the situation because he knew how I was feeling, but just wanted to find out how I was, make sure that I wasn’t distracted from football and my personal life was all right.

“It’s nice to have that support behind you when you’re going through times like that.”

Addressing a new era in security: how to protect your business...

Manchester City Is The Perfect Game For Us To Bounce Back...

Mohammed Abubakar Does Not Want Me To Renovate Mosques – Dogara

Ole Has To Dismantle The Man Utd Team – Gary Neville