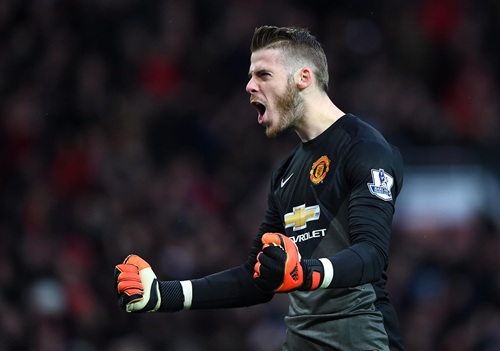 Ex Manchester United midfielder, Paul Ince has slammed goalkeeper David de Gea for lacking leadership on and off the pitch after the club’s 1-0 defeat vs Newcastle.

The GK recently penned a new long-term deal at the club, signing a five-year deal to end speculation about his exit.

Man United have started the season and they are presently 12th in the EPL table after their most recent loss.

Speaking recently on how the Spanish keeper has carried himself amidst the current situation at the club, Ince feels De Gea’s demeanour has been unacceptable.

His words, “I watched David De Gea’s post-match interview and I was at a loss.”

“This is one of the top players, the leaders at Man United, who has just signed a five-year contract. And he looks like he doesn’t have a clue what’s going on.

“If you’re a United fan listening to your goalkeeper, one of the main leaders in the team, and that’s the interview you hear you’d be right to [think it was a disgrace]. I’d be looking thinking, ‘he doesn’t have a clue what’s going on – I bet he’s regretting signing that contract.”

“You can’t blame the young players either, and in fact, I wonder how many of those are even good enough really.

“You look back to the academy days of Ryan Giggs, David Beckham, Paul Scholes etcetera and you just don’t get those kinds of players anymore, especially not all in one group together. So, while it’s unfair to compare them to those, I would also say that some of them are just good young players.

“Looking at the youth that played against Newcastle, and being realistic, how many of them will be playing first-team football on a regular basis in two or three years’ time? I’m not convinced.”

Citizenship Is Bigger Than Any Ideas In Catalonia – Pep Guardiola