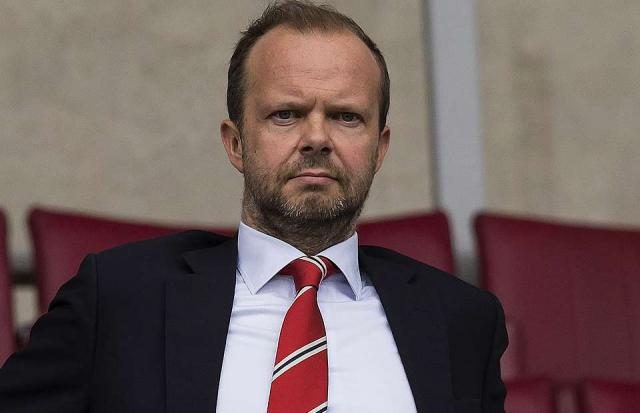 Manchester United have a very clear vision when it comes to football transfers, according to executive vice-chairman Ed Woodward.

He believes the club has a philosophy of winning trophies by playing awesome football.

Ed Woodward also said it is not true that he is the reason behind the failed transfer strategy at the club because his job is to just sign off on the deals brought to him by the manager and approved by the board.

He revealed this as he announced United’s first-quarter revenue results.

His words, “We have a clear vision in terms of football philosophy and recruitment.

“The significant investments that we have made in recent years in areas such as transfers, recruitment infrastructure, analytics and our academy are already beginning to bear fruit.

“We are very proud to be shortly approaching a milestone 4,000th game featuring an academy player, and we are particularly optimistic regarding the considerable young talent currently coming through.

“Our ultimate goal is to win trophies by playing exciting football with a team that fuses graduates from our academy with world-class acquisitions.”

“The decisions related to recruitment are all taken by football experts. My involvement is signing off the money.

“The manager has a veto on a player – we would never sign a player the manager wouldn’t want because he wouldn’t play him. But we also feel the recruitment department, the football experts, should have a veto too.

“I don’t get involved in recruitment like people think I do. There’s a myth that I look at YouTube and choose players. I don’t. Having an eye for players is an art. I have no interest in doing that.

READ  Tottenham Vs Arsenal Would Be About Pride - Berbatov

“I just want to have a disciplined process because if you are spending a lot of money on a player you have to make sure you get more right than wrong.

“Where I get involved is that I have to sign off the money, yet when you have target one, two or three from your process I feel fine going after the number one target and, if it’s not to be him, then number two or three.”

Atiku Did Not Visit Ogun State To Avoid Problem – Buruji...