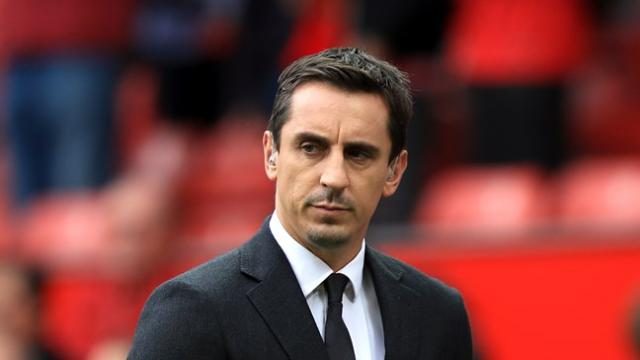 Gary Neville has come out to say that the success Liverpool is currently experiencing is worse than a funeral for Manchester United and their fans.

Jurgen Klopp’s team are already Champions League winners and are now eight points clear in the race for the Premier League title.

According to Neville, it will be hard to take for those at Old Trafford.

His words, “It’s as painful as it gets. I have worn all black today with a black tie as well.

“It was a funeral match today, it was worse than a funeral. This is my funeral and you are witnessing it as we speak.

“Manchester United fought for 20-odd years to get a title back and keep it away from Liverpool, the one club that can compete with United in terms of global fanbase, scale, tradition, history, success.

“If they get a Premier League title under their belt, they become a real power.

“In football, when a group of fans love a manager, love a group of players and you see that triangle of the manager, players and fans coming together, it’s so powerful. It’s a spirit that’s difficult to break.”

“It’s painful to watch because this Liverpool team have a lot of the qualities from the Manchester United teams I was part of; winning games late, that never-say-die attitude, looking desperate every single time to win the ball back, celebrating every goal like it’s the last goal they will ever score.

“As a Manchester United fan it’s awful to be at Anfield watching it, but you have to respect it.

“I watch football all the time and you see teams that are struggling to connect with their fans, or managers. We must recognise when a team is very good, and this Liverpool team is very good.”

DRC: Conviction of ‘Colonel 106' major boost in fight against impunity...