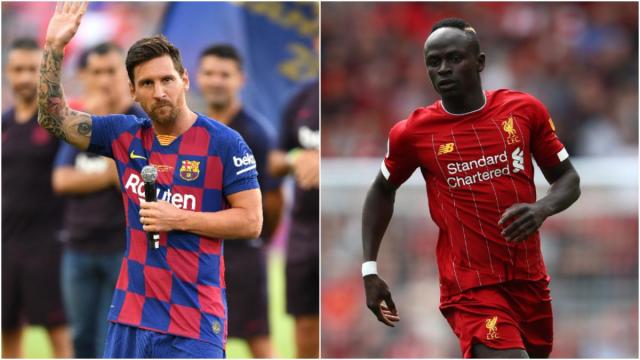 Liverpool forward, Sadio Mane would’ve won the Ballon d’Or if he was from Brazil or Europe, according to Senegal player, Cheikhou Kouyate.

Mane was 4th in the final standings with 347 votes from the panel of world football journalists, behind winner Lionel Messi (686 votes) of Barcelona, Liverpool team-mate Virgil van Dijk (679) and Juventus forward Cristiano Ronaldo (476).

However, Kouyate has said even if Messi is probably the greatest footballer ever, no player was better than Sadio Mane during the year under review.

His words, “For me this Ballon d’Or is for Sadio Mane, there is no doubt about that,”

“Listen, if Sadio was a Brazilian or a European there would not have been no debate.

“It would have been him for the award straight away and it’s not because I play with him at international level, or because I know him; it’s just what people who watch football feel.

“Just go back and watch what he did for both club and country and you will see in between the lines that no one has been better than him.”

“We all know that Messi is really good, maybe the greatest player, but last season, come on.

“Maybe it’s not just football that they look at because there is no way three people had a better season than him [Mane].

“It’s just unbelievable how some people are judged but that is not fair.”

I Am Going Phoneless For One Month – Davido