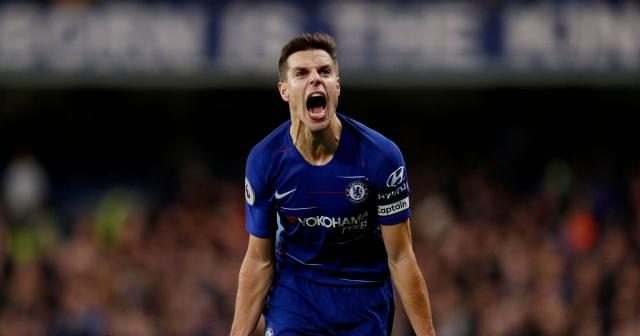 Lifting trophies is in Chelsea’s DNA, according to Cesar Azpilicueta, who already has 6 trophies with Chelsea.

Cesar believes the London club is known for winning things ad it has surely a part of their ambition as a club.

He feels the mentality has to continue to keep the players inspired on the pitch and off it.

He added that it is a habit the club has in not just England, but in Europe too.

His words, “I think one of the characteristics of Chelsea throughout this period has been winning trophies and even when we didn’t win something, we didn’t have any long spells without lifting a trophy.

“That’s obviously a big part of the ambition of the club, to always aim for trophies, and it’s something we have done not only in England, but also in Europe, with the Champions League and the Europa League twice.

“We have won the Premier League a couple of times since I arrived as well, so I think it’s in our DNA that we always fight for trophies and hopefully we can keep going in this direction.”

Chelsea can win more trophies this season in 2 competitions. The team is through to the last 16 of the Champions League, where they will face German giants Bayern Munich, and fourth round of the FA Cup – with a clash vs Hull City up next.

My Focus Has Shifted from 76 to Politics but I Will...

Is Miley Cyrus Pissed With Adele?

Youths Must Be Given A Pride Of Place – Obasanjo