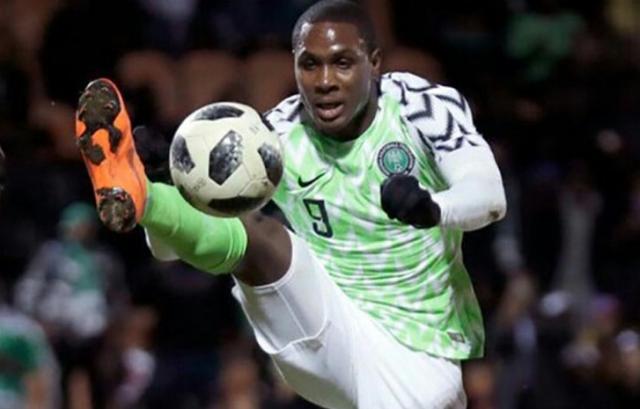 Ex-Manchester United defender, Jaap Stam has said Odion Ighalo’s signing is a chance for the striker to score more goals in England.

Jaap believes the Nigerian will be very inspired to score more goals and add to his current tally of 31 goals in the Premier League.

According to him, Ighalo has nothing to lose because no one thought he would be a Mufc player.

He added that it is great to see that the club has confidence in him because he might just repay that faith.

“He’s got nothing to lose because nobody thought he would be a United player,”

“United have the confidence in him. We’re all a bit surprised, but he can just go in there and do his thing. We all want to see United get back up there.

“Like all former players and United supporters, we wish him well. He’s joining a big family. Everybody within the club hopes that every player will do well and is going to perform.

“He’s now playing with better players than he was at Watford, so he will get more opportunities to score than at Watford.

“I’m sure he’s got the ability. He wasn’t their first choice, but you assume people have seen him and trust what he can bring.”

Mark Hughes also said, “He’s the type that United need, whether or not that’s a long-term view Ole has in terms of where he wants to take the team,” Hughes added.

“I’ve watched them on a number of occasions and I always feel they lack that physicality at the top end of the pitch, just to relieve pressure.

“When United won at City and were getting pressed hard, they needed an outlet to knock it up to a big man who could retain possession and resist challenges.

“Without that physicality, sometimes you can’t get out.”

We won’t be rubber-stamp for Fayose – Ekiti lawmakers-elect

The Rate Of Hate Speeches Is Now Alarming – Alhaji Sa’ad...

KE Publishing Presents "All Men Are Dogs It is What...