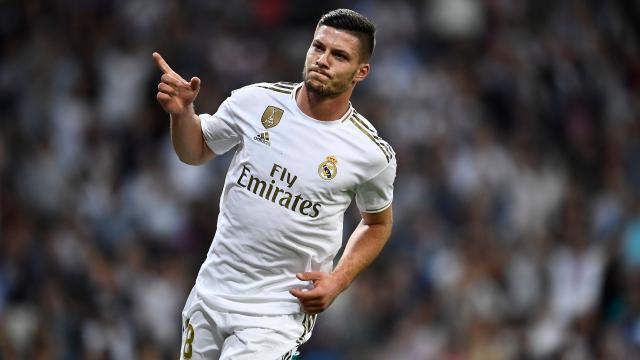 Real Madrid forward, Luka Jovic is currently in a crisis but he will definitely improve with more game time, Aleksandar Mitrovic has said.

Mitrovic believes the Serbia international has what it takes to dazzle at Real Madrid when he starts to play regularly.

According to him, it is always important for a striker to be on the pitch since he never has the chance to score and impress while he sits on the bench.

He added that Jovic should continue believing himself and his ability and everything will fall in place eventually.

“When you are a striker, the most important thing is that you’re on the pitch. That’s my view.

“I don’t think he was on the field that much and didn’t get that much of a chance. I was in such a situation at Newcastle. You just get a chance for five, 10, 15, 20 minutes, and during that time you literally try to do what you should do and shouldn’t do, to show everyone that you are worth it, especially when you play in such a big club. You want to do everything and you burn out in that desire.

“I think he just needs time to be on the pitch more. I’m convinced that with two or three 90-minute games the goals will come, but he is in that situation now and he has to continue work, believe in himself, train, and everything else will come.

“Goals are like ketchup. When you shake it, it won’t come out, and then when it comes, more comes out than expected. The most important thing is that he works and continues to train, be persistent and not give up.

“I have told him a couple of times that he really has everything required to be a great attacker.

“Playing at Real Madrid also carries a lot of pressure, responsibility and all that stuff, but again I say, he is young, has many seasons and a lot of football ahead.”

Rotimi Amaechi Will Reduce The NumberOf Accidents In Nigeria – UN

Liverpool’s Clyne Out Injured For 6 Months

I Had No Hand In The Political Habila’shas Defection – Yakubu...

David Lyon, No One Is More Powerful Than The Electorates –...