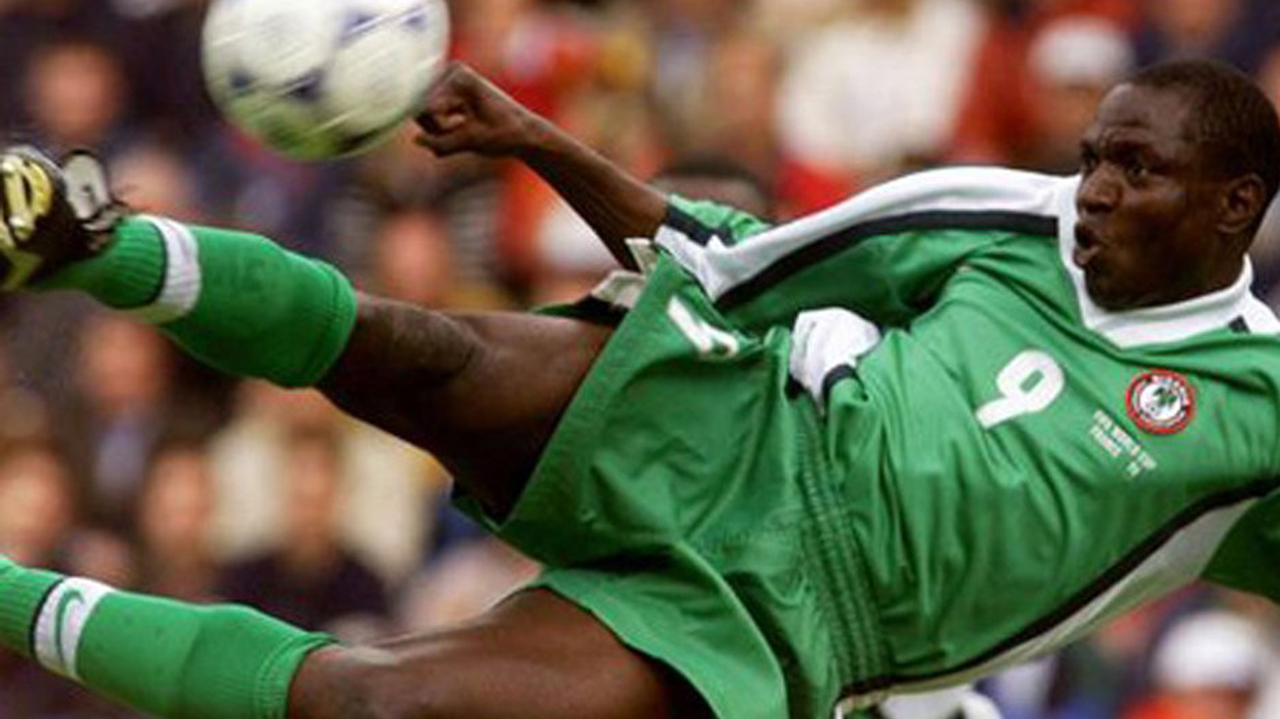 Rasheed Yekini should never be compared with other African strikers, Mutiu Adepoju has said.

Mutiu recently revealed that the late forward’s speed and shot set him apart from the rest because he scored very beautiful goals.

According to him, Yekini was an excellent striker who never played second-fiddle to anyone in Africa since he played like he was in a class of his own.

He added that even if the Super Eagles legend never played in the UCL, he will never be inferior to any other great strikers the continent produced.

His words, “Yekini was a goal poacher who was born to score goals and he got them [the goals] at the very right time,”

“Whenever he was in a good position, you will see him asking for the ball and he would complete the job using his speed and shot.

“I remember in one of the 1994 World Cup qualifiers against Congo in Brazzaville, the game was a tension-soaked affair.

“Despite getting there via a chartered flight, the atmosphere was very hostile but we were able to play our hearts out and Yekini got the only goal of the game through his effort.

“It was a beautiful goal as his terrific shot caught the goalkeeper unawares.”

“During his time, Yekini was a striker per excellence who never played second-fiddle to anyone in Africa. He was a striker in his own class.

“It was always a nice feeling seeing him lead the frontline because the midfielders know that when he gets the ball, he would definitely get something out of it.

“Although, he never played in the Champions League but I can say he was very good and I can say he is not inferior to any other great strikers produced.”

CEO Pete Manca of Egenera to Be Interviewed Live Today on...

I Wish I Had Ignored Mercy During Our Fight — BBNaija’s...

Juventus Is A Great Club – Ronaldo

I Worked Tirelessly To Make Kaduna State A Better Place –...