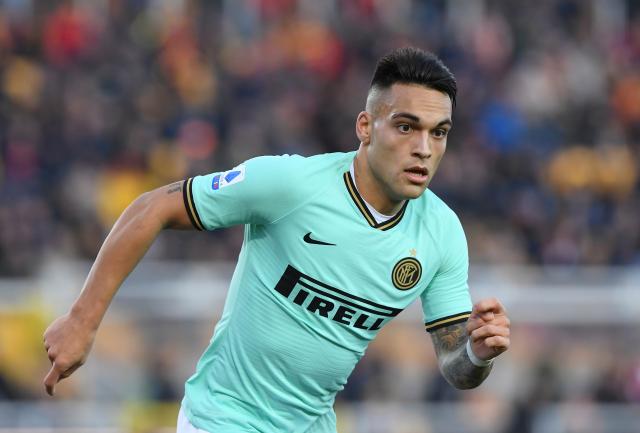 Lautaro Martinez will find it very hard to reject the opportunity to play with Messi at Barcelona, Gonzalo Higuain has said.

Higuain recently came out to say that he does not envy the future decision his fellow Argentine is about to make.

According to him, Laurato is in the ascendancy right now and this is the most exciting part of his career, so he has to decide calmly and wisely.

He added that the fact that he has already played in the Copa America and scored for his country means he is undoubtedly good enough to be Argentina’s main No.9.

His words, “It’s a complicated situation, as for example when I was 18 years old and Real Madrid came looking, I didn’t say ‘no thanks.’ You just don’t know what can happen.

“Obviously, I don’t want to create any controversy, but it’s hard to say no when Barcelona and Messi call… I wouldn’t like to be in his shoes right now.

“Lautaro is in the ascendancy, this is the most exciting part of his career, he is already part of a big team like Inter despite being so young.

“He has already played in the Copa America, scoring goals, and without doubt has what it takes to become Argentina’s main No.9.

“Having said that, it all depends on him. We have to see how he reacts to criticism and the strength of his mentality.”

He added, “I decided to go from Real Madrid to Napoli to show everyone that my decision was not wrong.

“It was a decision made to grow as a player and person, because I think the most beautiful thing for a player is to reinvent himself.

“I showed myself and everyone that I could do it and therein lies the key, to be convinced of the decisions.”

I Pledge My Support To Whoever Emerges As The National Chairman...

The National Assembly Rejects Some Requests From Buhari – Wumi Ogunlola