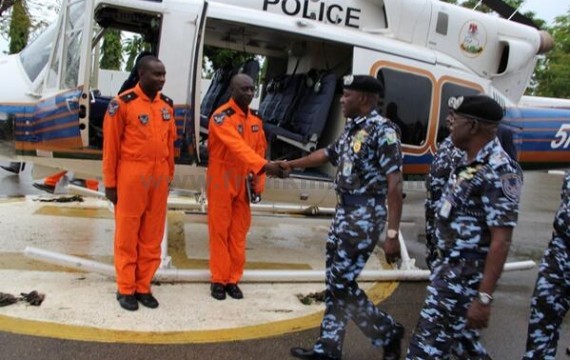 The Inspector-General of Police, Mr. Mohammed Abubakar, has said that the highest number of support personnel and equipment are being deployed from the Force Headquarters in Abuja to Ekiti State for Saturday’s governorship election.

The IG stated that the police would prevent in Ekiti, a re-occurrence of the electoral violence that rocked the old Ondo State in 1983.

The police boss, who made this known in a chat with journalists in Abuja on Monday, shortly before the deployment of personnel and equipment to the state, aid that the massive deployment was to prevent breakdown of law and order and ensure that the elections are free and fair election.

His words: “Some of us who were opportuned to be in Ondo state in 1983, during Omoboriowo election, we know what had happened, and we are doing everything to ensure that it is prevented. That this election (June 21 Governorship election) is free and fair, and without violence.

“Knowing what Ekiti used to be during elections, we have gone a step further to do all the things we are supposed to do in terms of materials and human resources. Do not ask the number of personnel I am going to use, in security business we want to keep that to our chest so that we can do our best.

“I tell you it is one of the highest numbers we can ever expect to deploy in more than any other state that we have been because we must look at history”.

According to Mr. Abubakar, security agencies in the last three months had carried out surveillance and gathered information towards ensuring a free and fair election in Ekiti.

He assured the people of the state that the police would provide a conducive atmosphere for them to exercise their franchise and called on politicians to prevail on their supporters to maintain the peace.

Addressing police personnel, Abubakar charged them to abide by their code of conduct, and be fair and firm in the discharge of their duties.

“We have already made plans to ensure that you are paid your allowances in Ekiti, and therefore, I do not expect you to do anything stupid.

“Remember, you are going to be watched not only by my own officers, but by other organizations including civil organisations and international monitors, who will be in Ekiti.

“I expect you as good ambassadors of the Nigeria Police to obey the code of conduct and at the same time respect the rule of law and all other regulations guiding the Ekiti election”, he said.

It was learnt that the IG ordered immediate deployment of hi-tech security equipment, including surveillance helicopters, armoured personnel carriers, patrol vans and other law enforcement gadgets to ensure a successful conduct of the June 21 governorship elections in the state.

Ibrahimovic Walked Off The Pitch Without Being Substituted