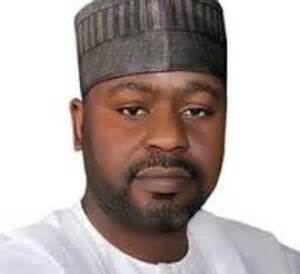 Abuja (Federal Ministry of Power Report) – “Global Business Resources, U.S.A, a consortium of international investors are in Nigeria for a follow-up discussion with the officials of Government towards the realization of two 50 megawatts solar-powered plants in Kumbotso, Kano State and Karu, Abuja in the Federal Capital Territory.”

The Minister of State for Power, Mohammed Wakil revealed this when a group of investors from the United States focused on developing Actionable Renewable energy generation strategy using abundant solar resources in Nigeria visited the country, adding that a delegation from Nigeria had earlier met the group in Bridgeport – Miami, U.S.A.

The proposal submitted to the Ministry on Tuesday September 23, 2014 noted that apart from the desire to create a framework for the building of the two plants, the group is prepared to undertake Geographic Information System (GIS) mapping for renewable energy as done by Ghana, South-Africa, Kenya and Ethiopia. The proposal also indicates that a move will help in facilitating rural electrification projects on a Public – Private Partnership agreement, if adopted by Nigeria.

“The group has the target to develop a master plan that will fast track 100% rural electrification in the next five years (5 years), just as it has informed Nigerians that the project will leverage on resources from the Obama – Power Africa Initiative,” the proposal stated.

Speaking on behalf of the Minister, Abayomi Adebisi, an Engineer in the Ministry said that Nigerians are excited about this initiative as the country needs power even as at yesterday. While calling on genuine investors to take advantage of this need-gap, he averred that the vast resources of oil, gas, wind, sun and biomass should be developed for power generation, especially now that the sector has moved from public control to becoming private – driven.

Abayomi Adebisi added that even the transmission leg in the electricity chain is now managed by private concern and would soon be privatized to allow for more resources into it.

While expressing optimism for prompt delivery of the project, the leader of the American delegation, James Nicholas indicated that Africa has the most promising solar potential in terms of cost, saying the United States has developed cost-effective technology in response to the pressures from green movements.

“From the available information, the cost of 2.06 cents per kilo hour is quite reasonable. 106 million dollars will be required to fund these two plants,” he said. The group pledged to work with the Ministry and other government agencies in the quest to achieve adequate power supply in the country.