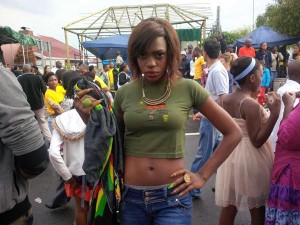 The Delta state born model announced the death her father to her fans and friends.

Beverly who was Nigeria’s representative at last year’s edition of Africa’s biggest reality show Big Brother Africa ‘The Chase’ took to twitter a few minutes ago to simply write: ‘Lost my father last week. ‘Still in shock, God bless you all, burial will be in Delta State on the 19th and 20th’.

At the moment details and the cause of her father’s death are not known yet but her BBM status also reads: ‘RIP Daddy, gone too soon’.

Beverly Osu was born in Lagos on September 27, 1992 and she holds a degree in mass communication from Babcock University.

If You Don’t Have Proof To Nail An Offender, Keep Quiet...

The Lockdown Is Making Me Hate My Bed – BBNaija’s Mercy

How To Maintain Peace In The Niger Delta – Kingsley Kuku

Giving First Fruit In The Church Is Foolishness – Daddy Freeze