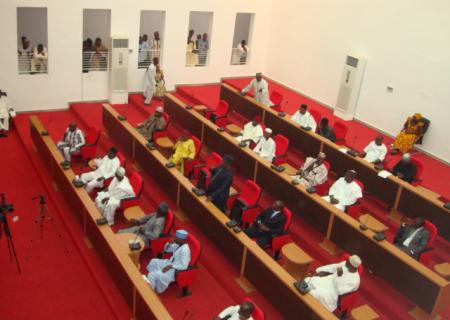 The Nasarawa State House of Assembly yesterday reacted to speculations that it was planning to serve Governor Umaru Tanko Al-Makura a fresh impeachment notice, saying it will not be stampeded into such a move.

There were reports in a section of the media that the assembly was compiling additional allegations on a fresh notice of impeachment against the governor after a panel recently found him not guilty of a 16-count charge of gross misconduct leveled by the PDP-dominated House in a bid to impeach Al-Makura.

Denying the report, the House Committee Chairman on Information, Mohammed Baba Ibaku, said: “An impeachment notice is not told, it is done. If we are compiling fresh allegations against the governor, we will do so. It will not be the media that will urge us to do so with speculations. I don’t want to react to speculations, especially as there are no names mentioned in the report”.

An aide to the governor, Abdulhamid Kwarra, said Al-Makura would not react to speculations.

“There is no statement in the report that is credited to any named source. We are not aware that the assembly has made any statement, no resolution, no motion. How can we begin to react to what is wholly speculator?” Kwarra said.

I Will Come Back Stronger – Welbeck