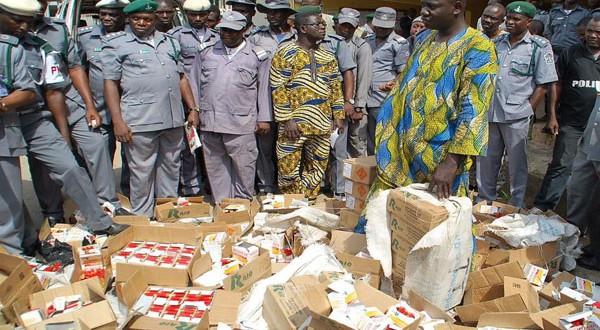 The Nigeria Customs Service (NCS) has debunked the statement credited to Director General of National Task Force on Illegal Importation of Small Arms, Ammunition and Light Weapons (NATFORCE), Osita Okereke that arms and ammunition were being imported through the Seme Border.

The NCS import coordinator at Seme command, Assistant Controller Ibrahim Turaki, said the allegation could cause panic because of the ravaging insurgency in the North-East.

The customs officer also challenged Mr. Okereke to give details of the 10 trucks allegedly used to smuggle the weapons into the country through the Seme border, the importer’s name as well as the consignment’s final destination.

Turaki said the most appropriate step that NATFORCE should have taken was to inform the Department of State Services (DSS) or the police to impound the said trucks before their escape.

The task force, he alleged, was in the habit of operating illegal checkpoints and had been “extorting” N10,000 from truck owners.

He said: “We made efforts to flush them out of Seme border as they are an unregistered association; they are now making up stories to portray NCS in bad light.

“NCS has a responsibility, which is explicit under the Customs and Excise Management Act (CEMA) and that is to ensure the collection of duty payments and prevention of importation of prohibited goods including light arms and ammunition.

“Investigations showed that someone, who we learnt is a notorious smuggler in Seme Command, gave NATFORCE this unverified sensitive information and since the news broke out, the ‘informant’ has been on the run”, Turaki said.

According to him, the command is committed to stamping out smuggling and ensuring fair treatment for genuine importers and stakeholders.

Turaki also read the riot act to unscrupulous elements, urging them to desist from their illegal activities and cooperate with the command, lest they might face the law.

He said: “We have put in place laudable measures through the Controller General of Customs, Dikko Abdullahi and our amiable Customs Area Controller, Willy Egbudin. The move has ensured improved revenue generation and shown our zero tolerance for prohibited goods through the land border, making it safe for trade”.

Comeback has Olympic legend Michael Phelps ‘feeling like a kid’