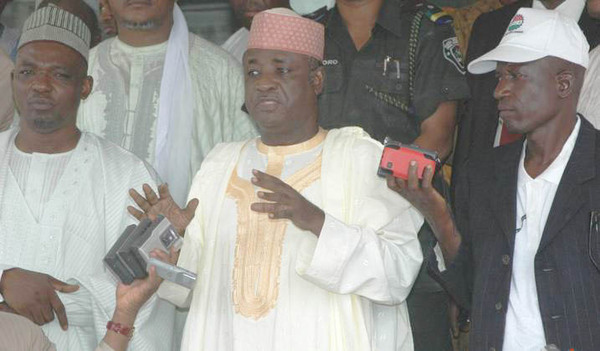 Governor of Sokoto State and Chairman of the All Progressives Congress Presidential Campaign Council in the North-West, Aliyu Magatakarda Wamakko, has advised his Jigawa State counterpart, Governor Sule Lamido, to respect his age by guarding his public utterances as it regards politics in the country.

The Jigawa governor was reported to have said in Sokoto on Monday that some governors who benefited from the Peoples Democratic Party (PDP) have now become betrayers of the party following their defection to APC.

Wamakko, who is one of the defected governors, in his reaction at the APC rally in Jigawa on Tuesday said: “My attention has been drawn to a statement by Governor Sule Lamido that I betrayed the PDP by decamping to APC after I won election on its platform.

“I want to first advise Lamido that he should desist from making unguarded statements, because I consider him an elder by age. Because of age, Lamido should stop certain political statements and leave such to the younger ones. The people of Sokoto voted Alu not PDP and the people of Kano voted Kwankwasiyya not PDP. By our antecedents we have the capacity to win election on our own”, he said.

Wamakko also called on the party faithful in Jigawa to vote APC at all levels, adding that time has come to liberate the country from the evil grip of the PDP.

CallidusCloud Leader Recognized as One of CRN's 2014 Channel Chiefs

Ole Gunnar Solskjaer Has Played A Major Role In My Career...