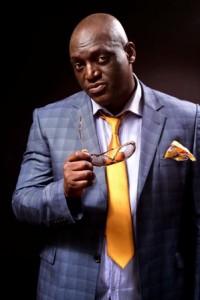 Now we have another celebrity who’s likely to be voting for Goodluck Jonathan in next month’s elections.

Veteran Nigerian gospel artiste, Sammy Okposo has joined the long list of Nigerian celebrities who have pitched their tent with various political parties and candidates.

Delta-born Okposo, who was one of the artistes on parade at last year’s popular praise and worship programme, ‘THE EXPERIENCE’, is a known supporter of President Goodluck Jonathan, having featured in many jingles promoting the President’s candidacy ahead of next month’s polls, and even appearing in several campaign rallies organised by the ruling Peoples Democratic Party (PDP) – the President’s political party.

As the issue of the educational qualifications of the opposition All Progressives Congress (APC) candidate, General Muhammadu Buhari, rages on, Okposo decided to join the discussion.

Okposo took to his instagram page to write the words below:

“From perjury to forgery: Buhari or whoever forged that certificate needs to be flogged. Prior to the formation of a central govt by Gowon, all regions had separate curriculums. Only the western region offered a local language in both their curriculum and WASC! It was after a central govt was formed and a universal educational curriculum was developed and adopted which included other local languages in 1974! So which WASC did Buhari write in 1961 that included Hausa? Scroll to page 9 of this academic write up and see a brief summary of the total subjects entered from 1961 to 1974 and the percentile of students per subject.

Meanwhile, Prof Attahiru Jega, the Chairman of the Independent National Electoral Commission (INEC), has insisted that the commission cannot disqualify Gen. Buhari, even if he does not present his senior school certificates.

READ  Fear Made Me Take The Coronavirus Test - Wofai Fada

See the results below: – 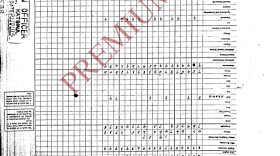 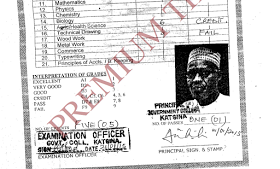 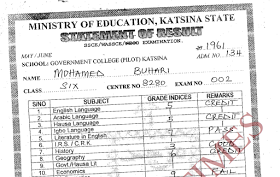 7,436 Nigerians Illegally Crossed Into Europe In The Second Quarter Of...