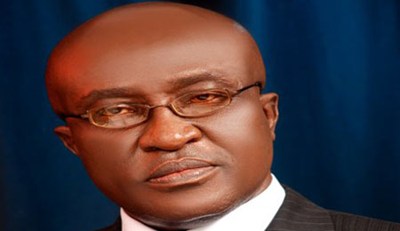 The Pat Utomi-led United Niger Delta Energy Development Security Strategy, UNDEDSS, has faulted a former governor of Lagos State, Asiwaju Bola Tinubu, over what it described as his reckless attempt to give an ethnic coloration to the critical issue of oil theft, by accusing President Goodluck Jonathan of being responsible for the stealing of 400, 000 barrels of crude oil daily in Nigeria.

UNDEDSS, which is a coalition of ethnic nationalities and civil society organisations in the Niger Delta, therefore, warned the All Progressives Congress, APC, national leader to put a stop to his perennial ethnic profiling of the region’s people, for reasons of “cheap political ambition”.

It would be recalled that Tinubu, while speaking at the flag-off of Governor Abiola Ajimobi’s campaign in Ibadan, the Oyo State capital on Saturday, alleged that President Jonathan and his government was behind the crude oil theft and should be voted out by all Nigerians during next month’s presidential election.

“Jonathan and his government are stealing 400,000 barrels of crude oil every day in Nigeria. He is telling us that he cannot see that amount of crude oil being stolen in the system, yet he calls himself the President. He is running a government of thieves and we will use our votes to send him away. He is taking away all our wealth”, Tinubu was quoted as saying in his address to APC supporters in Ibadan.

But the group, in a statement by its Secretary-General, Mr Tony Uranta, said: “Tinubu persists in his dastardly attempt to demonise the Niger Delta and its people. UNDEDSS may be compelled to immediately place him on the active no-vist list that restricts enemies of the Niger Delta and its otherwise-hospitable people from setting foot within our regional space with impunity”.

Is R Kelly A Saint?

The Okoye Wives! Lola & Anita With Their Kids Spotted In...

Aliyu Urges Abdulsalami To Prevail On Past Northern Leaders To Curb...