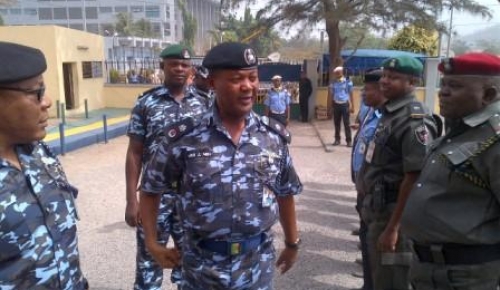 Fifty policemen under the Lagos State Police Command are currently in detention for dressing shabbily to work.

The Assistant Inspector General of Police, Zone 2, Joseph Mbu, disclosed this to journalists in Abeokuta, Ogun State, shortly after meeting with officers of the State Command at Eleweran headquarters on Thursday.

According to Mbu, about 70 per cent of officers lack discipline just as he noted that the offence of the detained police officers range from wearing dirty uniforms, bathroom slippers, carrying rifles while wearing mufti, amongst others.

He said such acts are against the codes of conducts of the police.

‪Mr. Mbu, however, expressed optimism that the erring police officers would change for good within a month.

“What I have noticed is that there is much indiscipline among policemen. They dress anyhow. Come to Lagos, they are more than 50 in my cell”, he stated.

“They dress the way they like, they wear bathroom slippers, they wear mufti and carry rifles. This is not part of police work. They are in the cell already, they are being punished and I know my men, within the next one month, they will change”, Mr. Mbu said.

I Snubbed Man Utd Because Of Lack Of UCL – Hummels